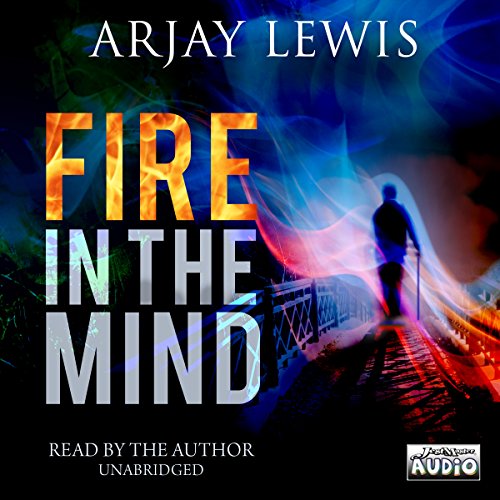 Fire in the Mind

Leonard "Len" Wise, PhD, tall, attractive, and 29, is lost and aimless in a world he once shared with his deceased fiancée, Cathy. Her death, his telepathic abilities, a fused knee, and stifling guilt are Len's legacy from the car accident where he had been driving.

Len has immersed himself in the study of parapsychology to master his strange abilities. He also spent years drowning himself in alcohol. Now, one year sober and one month after securing his PhD, Len has been asked to return to his alma mater to give a lecture.

Attending the speech is Detective Bill McGee of the Mountainview Police Department. He wants Len to help investigate a case of spontaneous human combustion - or was it murder?

This puts Len in search of a mysterious adversary who is endowed with the ability to manipulate fire. The pursuit of the arsonist/murderer becomes very personal when a woman Len is dating is killed and his best friend's wife is kidnapped.

Does Len possess the strength - are his telepathic abilities formidable enough to track down and stop the egomaniac who can create Fire in the Mind?

This exciting adventure is captivatingly narrated by the author, Arjay Lewis, a versatile actor and variety performer who has appeared on Broadway and all over the world.

This JestMaster Audio presentation is directed by Jon Koons, and recorded at JestMaster Studio.

Parapsychologist Doctor Leonard Wise is asked by an old friend to attend his Alma mater to give a lecture. He hasn’t been back to Mountain View since his fiancée Cathy was killed in a car accident, leaving Wise with a fused knee and telepathic abilities. Attending his lecture was Detective Bill McGee who later asks Len for his help with a case of spontaneous human combustion which is possible a murder. Using his abilities Wise realizes that the person responsible is endowed an ability to manipulate fire. The pursuit of this man got a woman he was dating killed by fire (SHC) and his best friend’s wife kidnapped. Len must use all his powers and strength to stop the man who can create fire with his mind. I really enjoyed this book and listened all in one go. I gave the performance four as it was spoiled in the chapters of the antagonists diary with horrible music, it was really off putting. Now waiting for the next book in the series.