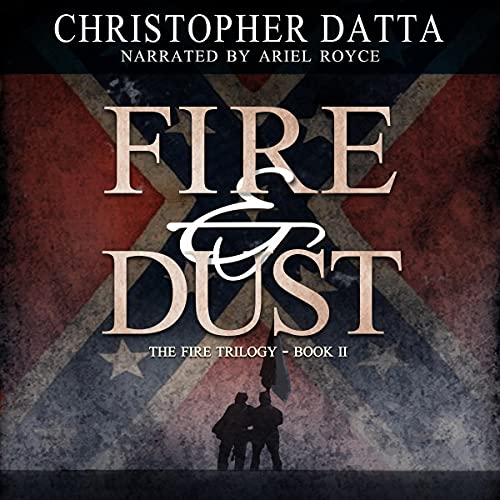 As the fate of the Confederacy is decided, this epic saga plays out against the backdrop of the love stories of Mexican war veteran Sergeant Sam Davis and the recently widowed Sally O’Grady, and of the young, poor, and naïve Private Harry Kolb and Rachel Shaw, the daughter of a wealthy plantation owner. Their tales bring to vivid life the forgotten watershed moments of September, October, and November of 1863, a period that more than any other determined the outcome of the war.

Fire and Dust narrates the history of the Civil War as it really was, and makes you a front row witness as the destiny of the Confederacy unfolds.

If you thought you knew the Civil War, think again. In Fire and Dust, Christopher Datta takes you beyond the clatter and gore of the battlefield to reveal the very hearts and minds of the Confederacy. His characters will haunt you like a rebel yell, sounding down through the years to touch you with their sacrifices, their struggles, and - most of all - their humanity.