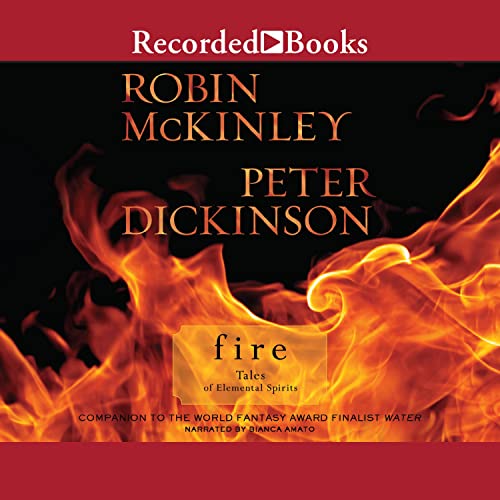 In McKinley's "First Flight", a boy and his pet foogit unexpectedly take a dangerous ride on a dragon, and her "Hellhound" stars a mysterious dog as a key player in an eerie graveyard showdown. Dickinson introduces a young man who must defeat the creature threatening his clan in "Fireworm", a slave who saves his village with a fiery magic spell in "Salamander Man", and a girl whose new friend, the guardian of a mystical bird, is much older than he appears in "Phoenix".

With time periods ranging from prehistoric to present day, and settings as varied as a graveyard, a medieval marketplace and a dragon academy, these stories are sure to intrigue and delight the authors' longtime fans and newcomers alike.