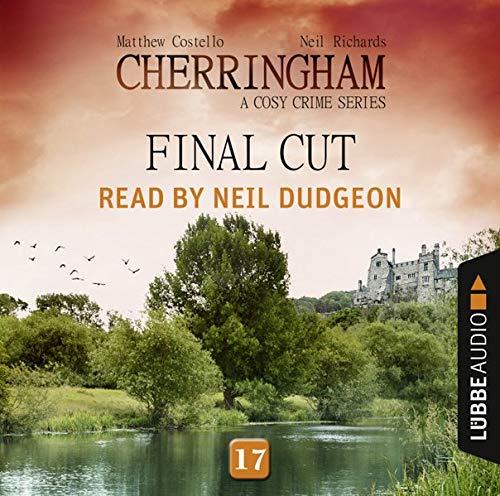 When a big movie production comes to Cherringham, complete with lords, ladies, and flashing swords, the whole village is abuzz with excitement. But when a series of dangerous accidents threatens the life of the young lead, Zoe Harding, Sarah and Jack get involved. Are these really accidents? Or could they be something more sinister - even deadly? Who is trying to destroy the career of the beautiful young star - and why?

Cherringham is a serial novel à la Charles Dickens, with a new mystery thriller released each month. Set in the sleepy English village of Cherringham, the detective series brings together an unlikely sleuthing duo: English web designer Sarah and American ex-cop Jack. Thrilling and deadly - but with a spot of tea - it's like Rosamunde Pilcher meets Inspector Barnaby. Each of the self-contained episodes is a quick listen for the morning commute, while waiting for the doctor, or when curling up with a hot cuppa.

Co-authors Neil Richards (based in the UK) and Matthew Costello (based in the US), have been writing together since the mid 90's, creating content and working on projects for the BBC, Disney Channel, Sony, ABC, Eidos, Nintendo to name but a few. Their transatlantic collaboration has underpinned scores of TV drama scripts, computer games, radio shows, and - most recently - the successful crime fiction series "Cherringham".

The narrator of the audiobook, Neil Dudgeon, has been in many British television programmes including the roles of DCI John Barnaby in "Midsomer Murders" and Jim Riley in "The Life of Riley".
©2017 Bastei Lübbe (Lübbe Audio) (P)2017 Lübbe Audio

One thing I wish Audible would work on is the way titles are listed - please use same first word when possible for a series - and why sell 16, 17, and 18 as a group also break them apart and sell separately?

Waiting for the Next Installment

Can’t wait for the next installment to be published in English. The stories are the perfect length for a commute and business travel. Excellent narration.

Neil dungeon is a wonderful narrator. The story line may have been a little thin

These authors and narrator. A winning combinatio

I've loved these short stories of regular people solving crimes in a beautiful little town in England. it's well worth my time to listen.

My first and last Cherringham Mystery. Corny and predictable. A waste of time and money. Nothing cosy about it.

Hollywood comes to the Cotswolds

Much better than the last episode (The Last Puzzle). Again an impressive shift in story setup. Big time movie making in sleepy Cherringham. Who woulda thunk? A bit odd, but interesting enough. And dare I hope? A stab at character development?