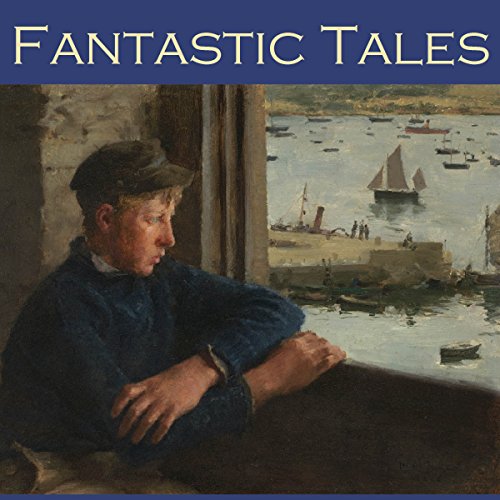 A spine-chilling collection of fantastical and enchanting classic short stories.

THE WORST READER EVER!

I have listened to hundreds of wonderful audio books brought to life by skilled and thoughtful readers. Cathy Dobson is the worst reader of any book I have ever tried to listen to. I could not get through the first story in this collection due to her annoying voice and odd intonation. She sounds as if she is trying her hand at spell casting rather than reading an interesting story. Her tone and odd phrasing is a poor attempt at trying to sound erudite in her reading rather than engaging and gripping. Simply the worst reader ever!

What disappointed you about Fantastic Tales?

The narrator delivers every sentence... In a relentless Captain Kirk-meets-sensationalist local newscaster style that is impossible to tolerate more than 5 minutes.

Couldn't say. I think the reason that no one has reviewed this audiobook is because they immediately returned it.

Who would you have cast as narrator instead of Cathy Dobson?

Anyone. I would rather listen to 20+ hours of leaf blowers and barking Chihuahuas than another Cathy Dobson narration.

Audible, please rerecord these and other classics with a different narrator.