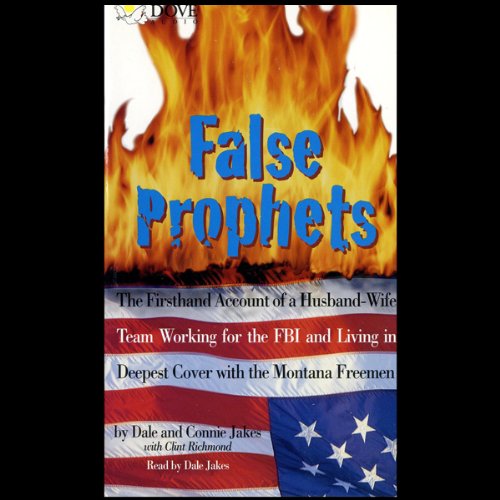 Hear a firsthand account of the life under cover within the violence-prone Montana Freemen organization.

In 1995, Dale and Connie Jakes went undercover for the FBI, infiltrating the Montana mountains and discovering a major center of American terrorism. The Jakes exposed vital information that showed the government how widespread, well-organized, and dangerous militia groups have become. The Freeman were eventually arrested after an 81-day standoff with the FBI - the longest in U.S. law-enforcement history.

This disturbing memoir is also a subtly scathing commentary on the FBI and gives a revealing view of the extreme risks involved and courage demanded by undercover work of this type.

a cautionary tale of working with the FBI

A couple of normal patriots, agree to go undercover for the FBI against the Freemen, a heavily armed group of radical, anti-government revolutionaries. Their very good work is repaid with a lack of financial and security support.

Not only do American citizens have reasons to distrust and despise The federal government, but so do the agents that choose to work for leviathan.