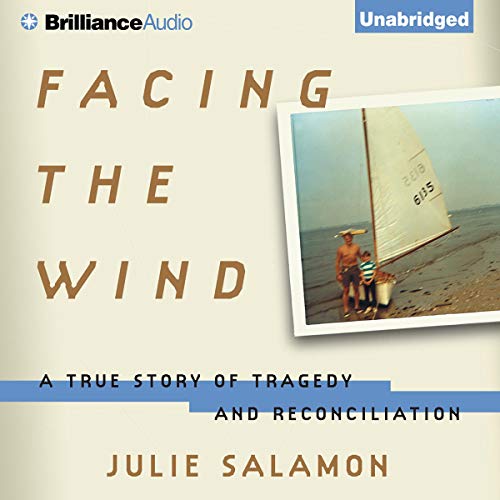 Bob Rowe and his wife Mary worked hard to build their American dream. A suburban home, barbecues in the summer, and a fast track corporate job made their life look ideal to outsiders. Yet they faced one of the most difficult challenges for a couple: their son Christopher was born severely handicapped and disabled. As a family, they managed to navigate through the tough times by being hands-on parents. Their efforts were emboldened by a group of extraordinary women - all of whom also had disabled children - who acted as a support system for one another.

Yet something slowly began to happen to Rowe . . His deceased mother's voice started to reverberate in his head instructing him to murder his family; reality disintegrated and a new job was lost when it proved too overwhelming. Finally a short stay in a psychiatric hospital did nothing to quell his sudden volatility . . . In a horribly violent act, he killed his wife and children.

Seen through the eyes and thoughts of Rowe's friends and second wife (whom he married on release from the psychiatric hospital where he spent just a few years for the murder of his family), Salamon braids the story of a man's roller coaster life (from ideal family man to murderer to someone struggling for redemption) with the touching and heroic tales of the mothers who were left looking on in shock at the tragedy no one ever could have anticipated.

I enjoyed the writing style, and some portions of the book. The parts about the support group were interesting but nor really related to the story of Bob Rowe and his family so much... I think it was an ambitious book that should have been two... Bob's story in one and the support group in another. I hoenstly couldn't finish the book. I just passed the part where Bob murders his family, and just found that it went back to the support group's reaction... and there were so many minor characters that I couldn't keep track.

Would you be willing to try another book from Julie Salamon? Why or why not?

Yes. Her writing style is engaging and powerful. I have Hospital in my library and look forward to reading it.

Yes. QUite likely the Bob Rowe story would be the sole focus.

This book is a tragic treatise more on disabled children and the people who work with them... and less about the Rowe family... I have read the Amazon reviews that it does get more into Bob's story in the 2nd half... I just wish the book had more continuity so that I could get there.

I really struggled with his one. Despite it being a true story and utterly tragic, it was also boring and monotonous. It didn't give me any real understanding of what happened or why, just that it did, and I want more from this type of book. I didn't quite make it to the end as it didn't seem to be going anywhere with an hour or so to go.