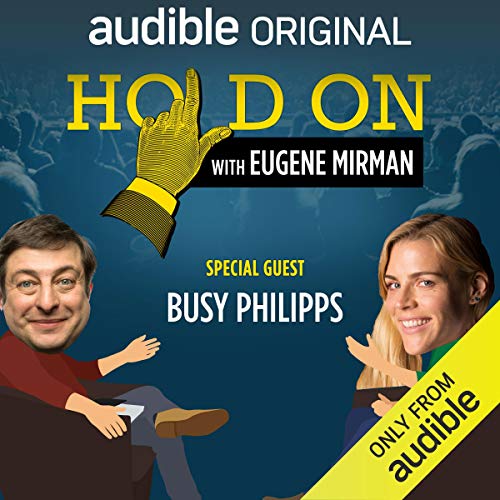 [Contains explicit content] Busy Philipps has been stealing scenes from when she was attending high school on Freaks and Geeks to when she was also attending high school on Dawson's Creek to when she was the ex-wife of a high school vice principal on Vice Principals. Nevertheless, there are certain times in life when you don't want to steal the scene, and one such time would be the wedding of your boyfriend's ex-fiancé. Eugene Mirman, proud high school graduate and host of Hold On, goes scene-by-scene with Busy on stage as she tells the hilarious story of how she put the hitch in getting hitched, in this special live SF Sketchfest edition of Hold On with Eugene Mirman!

In each episode of the Audible Comedy series Hold On, host Eugene Mirman (Bob's Burgers, The Flight of the Conchords) pauses the funny stories of comedians and performers to get the skinny behind the story. Featured and future guests include: Jim Gaffigan, "Weird Al" Yankovic, Lisa Lampanelli, Mike Birbiglia, Reggie Watts, Kumail Nanjiani, Maria Bamford, Hasan Minhaj, John Mulaney, and more!