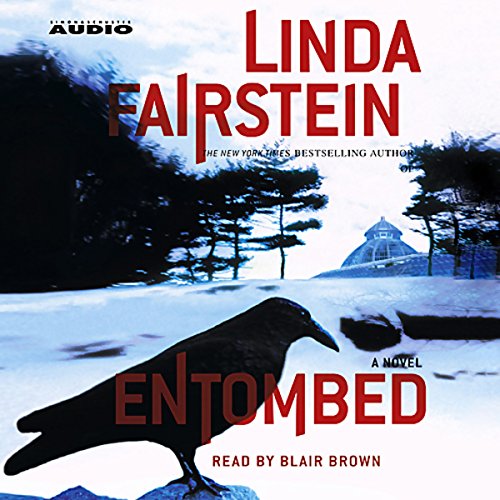 "Creepy and oh-so-much fun." (Booklist)
"[Fairstein's] methodical presentation of authentic detail engages reader interest more than narrative flourish or cheap thrills. She's the real deal." (Publishers Weekly)
"Blair Brown is convincing as Cooper, reading with a good balance of emotional intensity and restraint while keeping the pace brisk. With enough twists to keep curiosity aroused, a likable cast of characters, and a fine reader, this will please old fans and win new ones for the Cooper series." (AudioFile)

Workers demolishing a 19th-century brownstone where Poe once lived discover a human skeleton standing, entombed, behind a brick wall. When assistant district attorney and sex-crimes prosecutor Alexandra Cooper hears about the case, it strikes her as a classic scene from Poe's fiction...except that forensic evidence shows that this young woman died within the last 25 years.

Meanwhile, Alex is furious at the news that an old nemesis may be preying on women once again. The Silk Stocking Rapist first struck four years ago, leaving a string of victims in his wake, then abruptly disappeared before Alex and the NYPD could identify him. Now, with improved forensic technology and a national DNA bank to draw from, a fresh attack may give Alex a new lease on many old crimes, just in time to beat the statute of limitations.

Masterful and exhilarating, this heady thriller combines dramatic New York City lore and the macabre world of Edgar Allan Poe with the authentic legal and forensic detail that only Linda Fairstein can offer. Entombed is electrifying crime writing at its very best.

I typically avoid abridged books like the plague but I had heard I would learn about Poe from this one. I did learn about Poe and what I learned was mildly interesting. The book as a whole was ok. Not a disaster, not a dud.