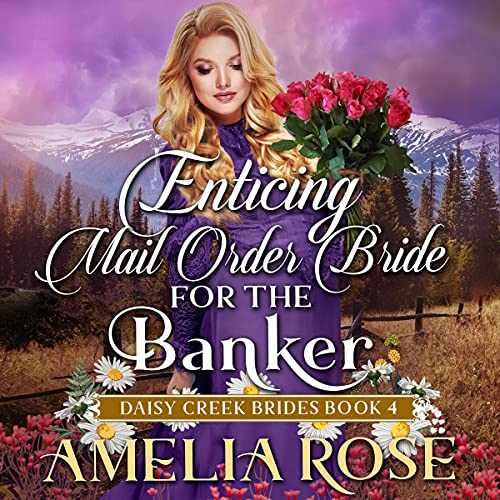 Adventure, a husband, and a new life out West. What more could she ask for?

In New York, Eloisa has her future entirely planned out for her.

As a member of a well-off family, she is expected to marry, put aside her passion for writing, and live according to her parent’s expectations.

Neither as charming nor as pretty as her older sister, shy Eloisa is resigned to her fate - that is until she finds an advertisement for a mail-order-bride, for a banker in the small town of Daisy Creek.

The chance of a simple life with a respected banker seems perfect to Eloisa. Keen to take control of her own life, she responds to the listing with as much charm as she can muster.

David knows he needs a wife if he is to keep his inheritance, but likely marriage prospects in Daisy Creek are as remote as the town itself.

When he receives Eloisa’s response to his advertisement for a mail-order-bride, David is intrigued by this sophisticated young woman from New York, and is eager for her to join him out West.

However, when she arrives, both Eloisa and David are quick to discover that they have both been misled about each other’s character, including David’s appalling reputation as a ruthless banker.

Even as they grow to understand each other and she learns that there might be more to David than she originally supposed, Eloisa struggles with the question:

Can an unprincipled man like David ever truly change his ways? Or is she about to make the biggest mistake of all, in trusting him with her heart?

Enticing Mail Order Bride for the Banker is an inspirational story about love and what it takes to earn it. Will Eloisa and David ever be able to find happiness together, or will their differences and misunderstandings keep them apart?

To experience Eloisa and David’s passionate story for yourself, scroll up, and click “Buy” right now.

Sometimes, you must make your own destiny.

Enticing Mail-Order Bride for the Bankerに寄せられたリスナーの声