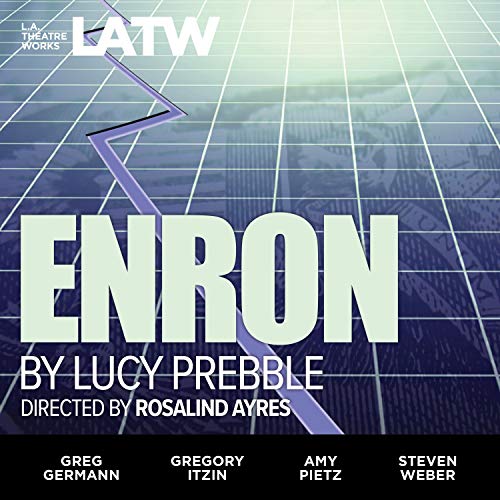 Fasten your seatbelts for a rapid-fire, sophisticated thrill ride that propels you through one of the most infamous financial scandals in history! With a spicy blend of humor, pathos, and music, the big biz machinations of Kenneth Lay, Jeffrey Skilling, and Andy Fastow are laid bare as razzle-dazzle entertainment. Lucy Prebble’s Enron casts a shocking new light on today’s economy and how we got here.

Recorded before a live audience at the Skirball Cultural Center, Los Angeles, in October of 2010.

Jackie Emerson as Voice of the Daughter

I purchased this book thinking it would offer additional insights to the Enron debacle. Hundreds, probably thousands of Americans lost their jobs and their pensions due to the malfeasance of Ken Lay, Jeff Skilling and Andy Fastow. To make this into a “comedy” is disgusting. I’d be willing to bet that few, if any, of the theater goers understand Mark to Market accounting or special purpose entities, but all who saw this farce should be aware of the depth of despair this accounting scandal caused. To make it into a joke is not funny.

Does an excellent job at allowing a view into Enron and it's bizarre culture that made fraud seem reasonable.