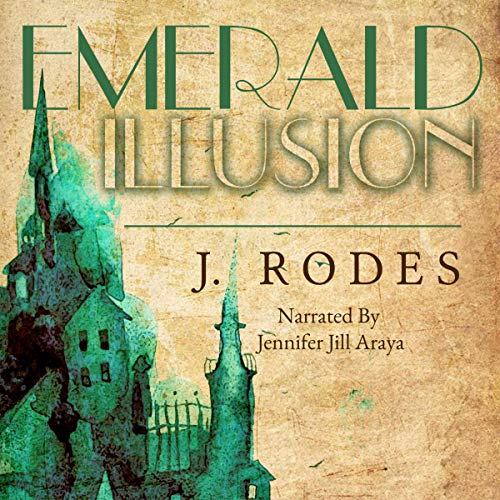 Abrielle used to dream of a different life. Adventure. Romance. Hope. Not of Kansas.

Now, after the loss of her mother and a move she didn’t want to make, she’s lost the will to dream anymore, let alone believe in her father’s "somedays".

But a swirling wind, a wall of leaves, and a blinding darkness literally transform her world.

She and both of her brothers, Brogan and Matteaus, are swept from Kansas to someplace beyond - to a desert in which everything is watery-brown, including the sky and the light of the weak sun. Abrielle finds herself in the middle of a realm everyone had heard of but no one believed existed. Except this version is rundown and broken, void of color and hope. Not much different from her view of life in Kansas.

When she gathers her bearings, she discovers her youngest brother is missing, lost in a land that is foreign and dying. Finding Matteaus becomes her sole focus, but when she and Brogan meet a boy named Levi, who only adds more mystery to this world that shouldn’t exist, she finds out this kingdom is much more perilous than the children’s book ever told.

Matteaus is in great danger.

There is nothing safe about Oz.

It was a simple walk in the woods...or was it?

I'm going to just lay it out there right off the bat. As a Christian YA fantasy novel, I liked Emerald Illusion. As an Oz story, I didn't care for it. To be honest, even though I am a Christian and like Christian fantasy I am not a fan of older stories being Christianized, especially when the originals were definitely secular and could be quite political. While it's been a number of years since I read nearly all of the Oz books from L. Frank Baum, I do remember enough that placing Jesus in that particular fantasy realm kinda bothered me. Don't get me wrong, I have seen a select few different takes on Oz, from the old 1939 movie, the Tin Man miniseries, and the 2013 Oz The Great And Powerful movie. And I really enjoyed the first two I mentioned. But... When I mentally separated J. Rodes's Christian fantasy tale from the Oz theme, studying it for its own merits, I really liked the book. It's a definite allegory so there is a surprising amount of theology in there while still entertaining. Abrielle's struggles, well pretty much all of the main characters too, with anger, bitterness, temptation, and lack of hope, are something that I think readers of all ages can understand. I also really appreciated author J. Rodes's simple but effective world building skills. Each place came to vividly to life without being overdone, and the variety of peoples and creatures was very good. I actually think that my favorite part of the book was the talking mice, which, like in Narnia, are just a bit larger than your average earthly mouse. I listened to the audiobook version of Emerald Illusion, all 10 and a half hours in about 3 days. Every time I set my phone aside I found myself wondering about the characters and I would find an excuse to turn it back on. I loved the narrator! She had the right voice and imaginative reading style that perfectly captured 17 year old Abrielle. She had quite an arsenal of accents and different voices for all of the characters which made the listening even better. So, all in all I did enjoy this audiobook and would easily recommend it for a YA audience. Got a long ride or just a long day? Keep your kids busy with some Christian fantasy just for them. (I received a copy of this book from the author/publisher. All opinions are entirely my own.)

Scripture Woven into a Fantasy Tale

I was truly delighted in this tale of life beyond Oz. There are fun references (monkeys, munchkin, yellow brick road, Kansas), but author J. Rodes uses it as a launchpad into a wonderfully creative world. We follow Aubrielle and her twin, Brogen as they find themselves transported to Oz and then must find their younger brother Mattais who disappeared in a storm. Aubrielle and Brogen eventually befriend Levi and Callila as they continue their quest. Throughout the story author J. Rodes weaves in several Christian parallels to this fantasy world. God/Ma Ohr, Truth and Faith/The Light, and a kingdom where their is only beauty full of color and love. I have listened to Jennifer Jill Araya, from almost the beginning of her narration career. Her voice is perfect for YA and fantasy. This the first time I've heard her perform with accents. The listener will be delighted! This is a great family listen. Mature Content: none (no sex, harsh language or graphic violence)

Not even cute talking mice could save this one...

Unfortunately this book just wasn't to my taste... It was geared for a young adult audience, and I felt that it simply missed it's mark! The story is told from the POV of Abrielle (a 17 year old girl)... except, the instances where she seemed to be more like a 25yo than like 17, and after recently reading a post by Ilona Andrews, where she specifically talked about writing a character who acts her age, I find that I'm now sensitive and critical to mistakes like that! I found that Abrielle was a bit of a pill, from the very start, like for instance take her trust issues with Levi, one minute trusting him with her life, then in the next breath she's sure that he's hatching an evil plot to trick her... Not even cute talking mice saved the book for me... Despite it's title and obvious ties to Oz, the book felt more like an homage to CS Lewis' Narnia series. Just like in The Voyage of the Dawn Treader, where Lucy was never really in danger because all she had to do was call out for help from Aslan, in Emerald Illusion, Abrielle needed only to call out to *MaUre if she got too deeply into trouble (even though he didn't physically manifest until later in the story), whereupon he would be in her mind, calming, reassuring, comforting, and when needed, he'd send help... But, where Lewis used a deft hand weaving his religion into the pages of his stories, J Rodes had all the subtlety of a sledgehammer, and the reader might find bruises by the time the book ends, if they get that far... J. Rodes also forcast so much that my only surprise at the reveals, was that the characters themselves were surprised...   Jennifer Jill Araya did a phenomenal job of trying to breathe life into the story and characters. Her heroic efforts and  passion however, in the end, simply couldn't force me into liking Emerald Illusion! *ummm, one problem with audio books is, how to spell character names... Oh My!