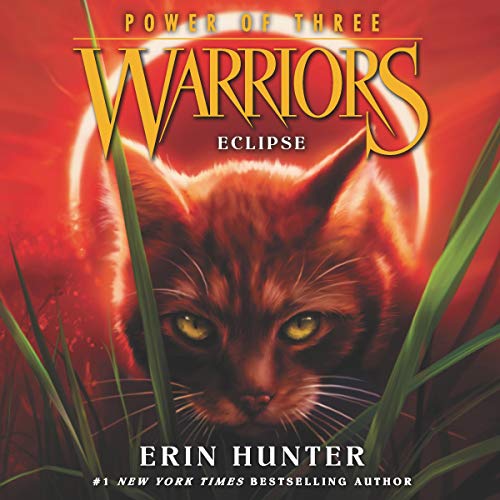 Erin Hunter's number one nationally best-selling Warriors series continues with the fourth book  in the Power of Three series!

The fourth book in this third series, Eclipse: Warriors: Power of Three, Book 4, brings more adventure, intrigue, and thrilling battles to the epic world of the warrior Clans.

As Jaypaw, Hollypaw, and Lionpaw struggle with the weight of their destinies, a mysterious warning shakes the Clans' faith in their ancestors. All four Clans are in danger - and the fate of the warrior code now rests in the paws of three apprentices.

So, needs to stop acting like he owns the place and being so humble. He was a brat from the start I can tell. But otherwise I loveeeeeeed the book sm

Please don’t get mad but spoilers.

So this is really strange. I read these comic books about Sol ( this is after sky-clan is formed) and he is very snobby and he actually lives with two leg/human but he joined sky-clan and he hid the leaders kits ( no names I’m saying) but still good book REALLY GOOD 😊

The reader had a great sound overall, but gave Greystripe, Hollyleaf, and Jaypaw very annoying voices. Loved the story though! Sol is a very interesting character.

lovely, and full of mystic mysteries

This book will leave you begging for more Warriors, as you're left wondering about some things that have yet to be revealed. The suspense is real.

It's goooooood.
I think the title represents the main story.
And the actions of the cats are like any people.

The book was super intense and I loved it very much!!!! I hope the next book is just as good !!!!