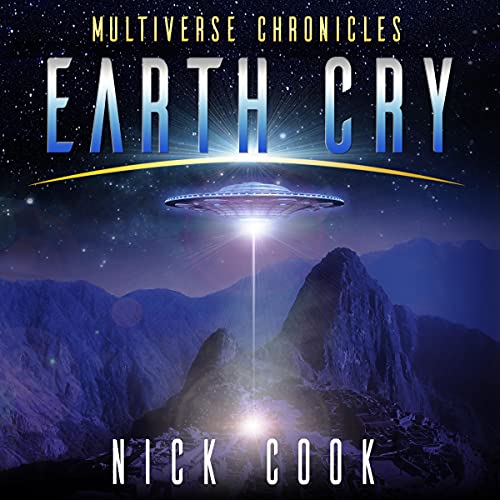 The pause-resisting second book in the Earth Song series.

On board an X101 stealth aircraft, Lauren, Jack, and Mike arrive at the secret location of Sky Dreamer Corp - a place equipped with technology and resources far more advanced than anything they could have ever imagined.

They must prepare for their next mission while questions whirl through Lauren’s mind:

Pitched into a role she never asked for, Lauren soon faces decisions that will challenge the very core of her humanity. The secrets of an ancient civilization are about to be unlocked, forcing them into a desperate race against the Overseers to discover them, while the fate of the world hangs in the balance. Can Lauren find the strength within to become the soldier that the world needs her to be?

Earth Cry is the sequel to Earth Song, and is part of the Multiverse Chronicles, an epic series of interlinked stories that includes the Fractured Light trilogy, which follows humanity’s struggle to survive across parallel universes.

I listened to The Signal and Earth Song back-to-back -- I got hooked quick! Fortunately this was not long before Earth Cry was to be released -- so my new Sci-Fi addiction would get its fix.

For me, something in Nick Cook's story has matured -- and I can't quite put my thumb on what that is -- this book has greater resonance than Signal and Song. Cook takes risks in this story and exceeds his fans' expectations. The story keeps all the same elements I liked from the first two in the series, seems to have more of a focus on Lauren's experience, and builds with foreboding. There are new threats to Lauren and her team, the Overseers have new players and utilize new deadly equipment and tactics -- the stakes are raised!

And now I have to wait for the next book .... which I can only say is akin to having watched Empire then awaiting for Jedi.

PS -- HEY HOLLYWOOD!!! Given the quality of today's TV sci-fi ..... you need to have your people talk with Nick's people about a film or TV-series deal. His stories are PERFECT for the screen!

this book would have gotten straight 5's but chapter 17 was actually from Earth Song. I dont know how they managed to get it in Earth Cry but it left a gap in the story.

Always good to find a new series. This one started out with a few points niggling at me. I needn't have worried. The story, characters, execution and performance were outstanding. I've already purchased the next in the series.

Not as good as Signal or Earth Song, shame really

Earth Song very quickly moved from an event that could happen tomorrow to hard Sci Fi with some interesting Physics thrown in. So I was disappointed that Earth Cry has way too many modern world fire fights to let it really count as Svi Fi novel. It dies end back in the Sci Fi world, so is probably worth continuing with the series