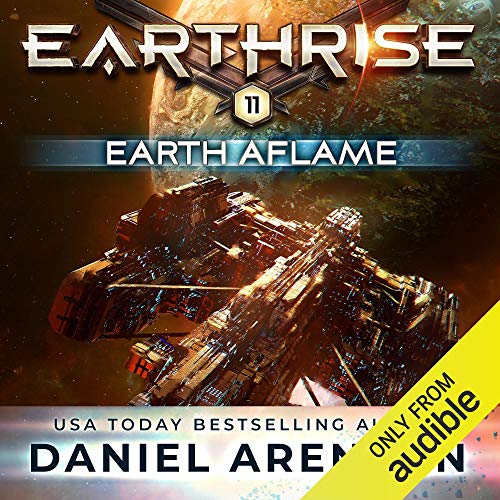 The Singularity has come. The machines have risen.

Our robots, once loyal servants, now slaughter us. Our cars, planes, and starships have become machines of death. Cyborgs roam the land, deforming humans, growing their twisted army.

Is a heartless, mechanized hell our future?

A faint hope shines. Heroes still fight. Famous names. Einav. Marco. Addy. Lailani. The heroes of the Alien Wars. Names etched in our history, in our hearts. Four friends. Four humans . . . against an army of metal.

A shadow has fallen. Humanity must shine brighter than ever before.

same story over and over with new aliens. I really enjoyed this series but it's now monotonous.

war, love, hatred, emotions.... all rolled into a great story that has yet to end

You have to listen to it