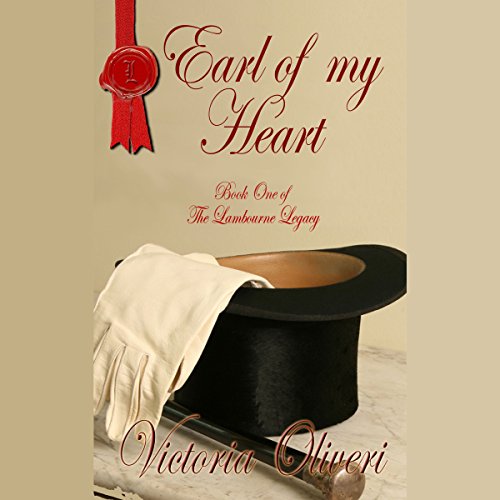 Earl of My Heart

Dane Redford Lambourne, now the fourth Earl of Huntsbridge, never thought to live a responsible, noble existence. Spending his nights as a privileged gentleman, carousing and enjoying the company of friends was the only life he ever aspired to until the sudden death of his brother thrust him into a world he never wanted and was not prepared to face.

Lady Nichola Crawford could care less if the fabric of her new evening dress matched her shoes or if any of the men at the upcoming ball even looked in her direction. She would sooner stay in the country and scour her father's library than place herself on the marriage block to be picked at and prodded by the scant handful of ill-deserving men in London.

But a chance meeting at a local confectioner shop is all it takes to set off sparks between the man who vowed no woman would ever get under his skin and the woman who would do anything to deny the love she felt for the Earl of her heart.

Too heavy for me

I kept hoping that the characters would “get it”. By chapter 20 i thought I just couldn’t take it any more. I did finish the book but I was just so ready for it to be over. However someone who is in to psychology or abuse disorders might appreciate it.

So if you LOVE melodrama, flowery and grandiloquent descriptions, and non-stop swoops up and down the he-loves-me-he-loves-me-not roller coaster, you will adore this book. I requested and received a copy of this audiobook from the author in return for an objective review, and I can tell you that it is a passionate love story, replete with villains and heroes, and I really believe some listeners will enjoy the excitement. I found it all a bit preposterous, especially as the intensity in the narrator's voice attempted to match the wild swings in the storyline.

I was given a free copy of this audiobook in exchange for an honest review.
Not my favorite trope... unsympathetic protagonist whose missteps almost got her what she wanted, alone and unloved. When she encounters Dane Redford Lambourne, now the fourth Earl of Huntsbridge, whose reputation as a rake precedes him, she is indifferent and standoffish. It seems as if her sister, spoiled and flamboyant, Madeline, is the talk of the ton, leaving her nothing but older and distasteful suitors to avoid at all costs. The story was compelling and I was engaged to the end. The narration was excellent.

I did enjoy this entertaining story although sometimes I felt a bit annoyed with Dane. He was quite arrogant and had a quick temper. He did improve as the story continued. Nicola was the younger sister and she was happy for her older sister to take all the limelight. Nicola wasn’t as keen on balls and being on show. I just wished Nicola and Dane had explained to each other how they felt. There were a number of surprises and tense events, which will keep you listening to the end. The narrator read the story well, using different voices to bring the story to life .

the heroine is a lunatic

The heroine in this book is unhinged. i doubt any man in their right mind would have been able to deal with her bipolar/manic episodes. The constant conflicts between her and the hero were so ridiculous and insignificant that the aforementioned would be the only explanation of her behaviour that anyone could possibly come up with.

Earl of my Heart

Honestly I think this book had potential but it is full of plot holes huge ones not simple little mistakes. I am usually pretty forgiving but I just couldn't with this one. Example the h/H meet in a confectioner's shop the H is buying candy for his sister they talk about it then and later at the ball and yet a few chapters later the h says she didn't even know the H had a sister.

I really wanted to like this book because I have the next 2 in the series but I am not sure I will read the others at this time.

i did listen to the end. but if it had been a book I'd have skimmed forward. far too much mithering (he/she doesn't love me), and repetetive themes (mad people using blades to wound Hh. I don't think I'll take another book by this author.

What disappointed you about Earl of My Heart?

Nothing made sense. It was a case of &quot;insta-love&quot;. After 1 waltz the hero was in love. Every time they met , it was either them apoligizing or the hero making the heroine cry. They insult each other and the heroine doesn't want to get married ( always the case). It was so difficult caring or understanding the h/h. I gave up after 4 hours. The dialogue was boring and the story was nothing new.

Has Earl of My Heart turned you off from other books in this genre?

Yes. It's just a lot of nonsense , without a new twist on a story that has been done before and by much better authors. I will re-read a book by Hoyt, Baloug, Garwood etc . They are much better than what has been coming out in the past 6 months in this genre.

Would you be willing to try another one of Hugh Bradley’s performances?

I don't think so. The dialogue was so boring that it is difficult to tell if it's the narrator or that he just had nothing to work with. I do think that the hero is very volatile and the over-dramatic reading makes it seem more so.

If you could play editor, what scene or scenes would you have cut from Earl of My Heart?

I think the balloon ride , which could have been great, was a disaster. It didn't make sense. I re-played it , as I thought I missed something, but it made me hate the scene even more. I just could not understand why the hero got so mad. And then the internal dialogue had him saying that he wanted to throttle the heroine and throw her over the side of the balloon. That means he wanted to kill her. Not sure how romantic that makes the scene. Nothing like imagining the dead body of the main female character to put you off a romance.

A very poorly written book. There was an interesting premise, as the older sister was very mean and spoilt. She wanted the hero and that could have set up tension, if I could have cared about the heroine. there was no character development. I was expected to like the main characters without them exhibiting any redeaming qualities. At half way through the story I just could not care enough to go on. Maybe it gets better, but the first half of the book is a waste of time and I don't want to continue .