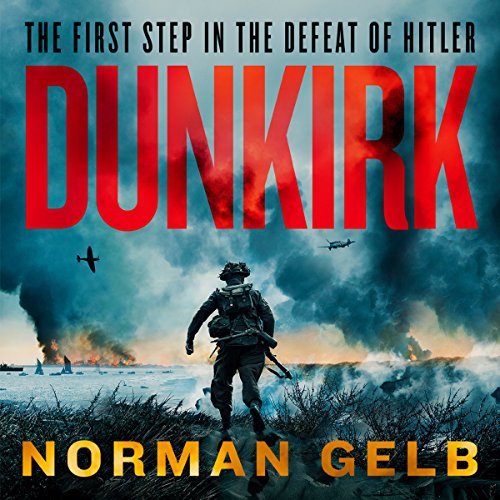 In 1940, the last patch of resistance to the Nazi war machine was a little strip of beach whose name would soon be famous around the world: Dunkirk. Over 300,000 Allied soldiers crowded into the little harbor. If Hitler destroyed them, Britain would be left defenseless, and the war would almost be over. The British had other ideas.

Over the next ten days, the people of Britain launched an unprecedented rescue effort. Countless little ships steamed forth from every port in England to bring the boys back home. In this stirring audiobook, veteran history author Norman Gelb brings to life those ten terrifying days - the inspiration for Christopher Nolan's new film Dunkirk - when Hitler was beaten back, and the Allies took their first step toward victory.

The Real Dunkirk Story: Not the Movie Version

Where does Dunkirk rank among all the audiobooks you’ve listened to so far?

The hundreds of small boat owners who came to the rescue; The pilot who sacrificed himself to captivity.


Which scene was your favorite?

The pathetic dialogues among the French generals. Incompetent posers.

No. Too long, but meaningfully so. I enjoyed digesting the story in chunks. Also, I will listen to this audio many times. So many interesting lesser and completely unknown facts.

The narrator is very, very good.