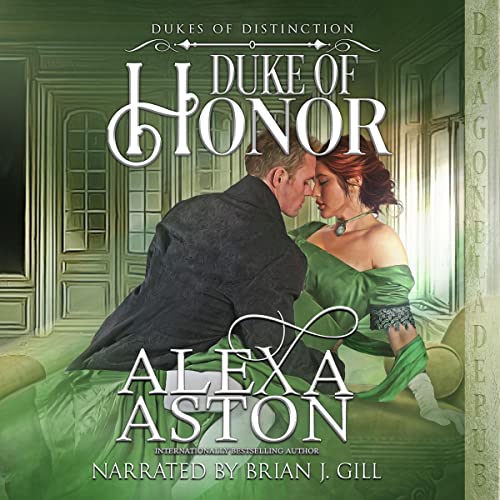 A woman who falls in love with a man she’s never seen....

A duke harboring a secret he can never reveal....

Sebastian Cooper, Marquess of Marbury, chooses to leave England and fight in the Napoleonic Wars for a decade. He comes home to find his father has died and assumes his role as the new Duke of Hardwick.

When Lady Hadley Hampton’s parents die, she is made a ward to the Duke of Hardwick, a man estranged from his only son. She reads Sebastian’s letters aloud to her guardian and over the years falls in love with the dashing war hero.

When Sebastian arrives home, he is astounded that Hadley has been managing his father’s affairs and is angry this beautiful stranger knows so much about him when he didn’t even know she existed. Sebastian fights his growing attraction to Hadley, believing she deserves much more than the broken, scarred man he has become.

Will Hadley be able to tear down the walls surrounding Sebastian’s heart and help the Duke of Honor finally heal?

Find the answer in the Duke of Honor, Book Five in the Dukes of Distinction.

This was a good read about a Duke who did not think he was worthy of love from Lady Hadley because he thought he betrayed his country when he broke when he was tortured by the enemy.

enjoyed listening to this book

this was the best of all the series, thank you to the norrator for wonderful job done.
I would recommend this book.