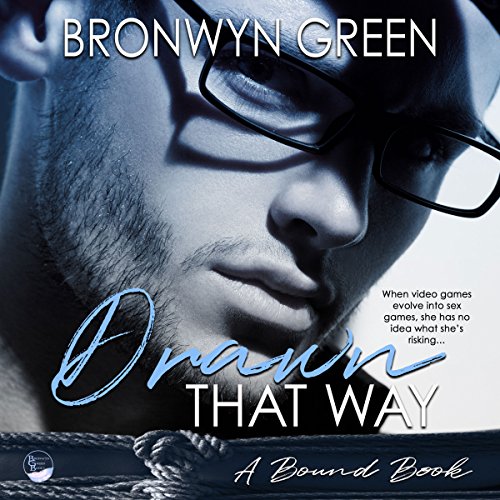 Tristan Weaver, accountant for a successful video game company, is in way over her head. Honestly answering a companywide survey and criticizing the sexist stereotypes used in the company's games was enough to catch her boss' attention. But speculating on his sex life within his earshot has unexpected consequences when her hot but nerdy boss invites her to model for him.

Owner, artist, and lead developer of Brecken Games, Rory Brecken has a strict "no fraternizing with employees" rule. However, when he overhears Tristan's conversation with her friend about his rumored kinks and begins to suspect her curiosity about the submissive side of sex, he's more than a little tempted. When her interest is undeniably confirmed, he suggests a one-time only colleagues-with-benefits hookup.

Though neither wants a relationship, once isn't enough for either one of them. As their encounters become more intense, Rory makes a huge mistake that may cost him the woman he's coming to love.

Not much to the plot, but good romance scenes

I give the overall plot 3 stars, since it was fairly simple and didn't go far. But, the smut was a 5! There were some great scenes and the narrator did a pretty good job of reading. I would have liked a male to do Rory's parts, but still good. The back plot of this was Rory's videogame company trying to make a more inclusive game that caters to people other then straight males. I did like that idea, there just wasn't much development of that. Rory and Tristan had good chemistry and I did like seeing their relationship grow from purely sexual to love.
This was pretty short and I got through it all at once. Not a bad romance read!

I really liked this book so much! I love a sexy smart nerdy type. I’ve been needing something different and this is just that. Sexy, thrilling and all the feels! Great book!

I loved all the steamy scenes in this book! I can't wait to listen to the next in the series!

This is definitely not a slow burn book. It starts early and continues throughout. It isn’t your realistic character type of book, but aren’t stories an escape?

A sexy nerd and hot accountant!! This book had so much heat!!

Tristan and Rory embark on a new project at work and the late nights lead to all. the. heat!! These two had so much chemistry. I finished this audio in about a day and half because I just couldn't stop listening.

Tristan is such a strong woman. I loved how she stood her ground and her sassy nature. Rory is a hot nerd who knows everything he wants. They have so much chemistry and I was drawn into their story from the very beginning!

I'm just a Silicon Valley girl... waiting for her techie for a penchant for spanking. I have a thing for big-brained, bespectacled cuties in graphic tees and Rory did not disappoint!
I also love it when commitment-phobes get beaten about the heart with the love stick. It warms my dark little soul.

Rory Brecken, CEO of a videon gaming company named Brecken Games, sent out an office survey in hopes of improving employee relations as well as find out new ways to improve the video games he offers. When he overhears his accountant Tristan Weavers discussing the one dimensional characterization in the video games as well as the rumors about the CEO's sex life, Rory decides to indulge Tristan's curiosity. The rest is a journey of mutual exploration and personal growth as Rory and Tristan have to deal with their perceptions about sex and relationships.

The author did a great job in telling the story in a snapshot of moment style. There wasn't a lot of character building or development as to who they were. Instead, the narrative is a present accounting of the Tristan and Rory in the workplace and who they are right now. I enjoyed their banter, their trysts, and their discovering of their own personal desires in and out of bed.

This author is new to me, but I will be reading this author again because I found the writing style kept me interested and engaged. The narrator did a great job with the various voices and I listened to the entire audiobook within two days. I docked it half a star because of the very little character development. I had wanted a little more information to truly understand why the characters were unfulfilled and hesitant in asking for what they truly wanted. Still, it was a good read.