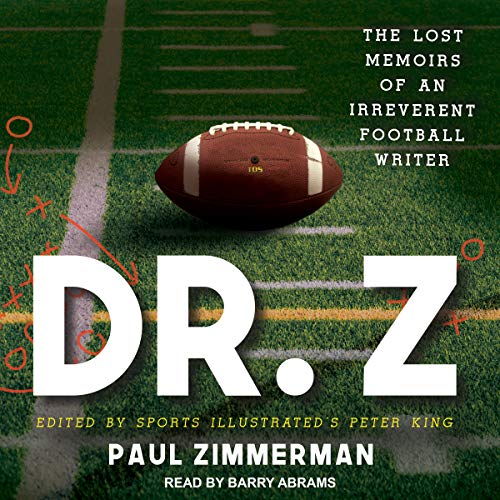 During his nearly 50 years of sportswriting, including 28 at Sports Illustrated, fans of Dr. Z came to expect a certain alchemical, trademark blend: words which were caustic and wry, at times self-deprecating or even puzzling, but always devilishly smart with arresting honesty. A complex package, that's the Doctor.

The one-time sparring partner of Ernest Hemingway, Paul Zimmerman is one of the modern era's groundbreaking football minds, a man who methodically charted every play while generating copious notes, a human precursor to the data analytics websites of today. In 2008, Zimmerman had nearly completed work on his personal memoirs when a series of strokes left him largely unable to speak, read, or write. Compiled and edited by longtime SI colleague Peter King, these are the stories he still wants to see told.

Dr. Z's memoir is a rich package of personalities, stories never shared about such characters as Vince Lombardi, Walter Payton, Lawrence Taylor, and Johnny Unitas. Even Joe Namath, with whom Zimmerman had a legendary and well-documented 23-year feud, saw fit to eventually unburden himself to the remarkable scribe.