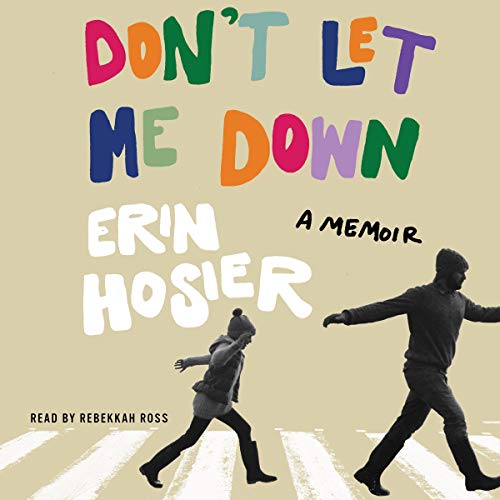 A fierce, vivid memoir about a father-daughter relationship steeped in God, rebellion, and the Beatles.

Erin Hosier’s coming of age was full of contradiction. Born into the turbulent 1970s, she was raised in rural Ohio by lapsed hippies who traded 1960s rock ‘n’ roll for 1950s-era Christian hymns. Her mother’s newfound faith was rooted in a desire to manage her husband’s mood swings, which could alternately fill the house with music or with violence.

All the while, Jack was larger than life to his adoring daughter. Full of conflict, their complex relationship set the tone for three decades of Erin’s relationships with men; the Beatles provided the soundtrack. Jack bonded with Erin over their iconic songs, even as they inspired her to question authority - both his and others’.

Don’t Let Me Down is about a brave girl trying to navigate family secrets and tragedies and escape from small-town small-mindedness. It is a searing and often funny exploration of how women first see themselves through the lens of a parent’s love and of the ties that bind us to our childhood heroes, who ultimately lead us to ask that most profound of questions: Is love really all you need?