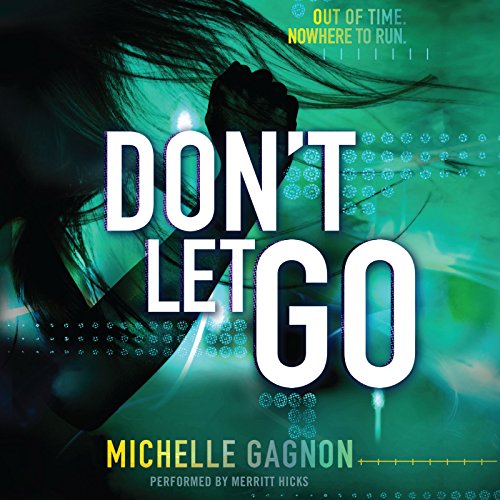 After a devastating loss, Noa Torson is out of options. On the run with a few other survivors, Noa is up against immeasurable obstacles. Not only is her failing health becoming more of a problem, but the corporation's insidious plans are quickly coming to fruition. And no matter where Peter and Noa try to hide, they are inevitably found.

The group is outnumbered, outsmarted, and outrun.

But they are not giving up.

As they make their way across the country, desperately trying to crack Project Persephone's code, Noa and Peter realize they can't run anymore. They must return to where it all began and face the man who started it all. But the question is, can they win?

This riveting final installment of the trilogy, which started with Don't Turn Around and continued with Don't Look Now, ratchets up the action as Noa and Peter confront an evil that won't let them go.

my favorites series 10/10 would recommend

This has been the best book series I have ever read. I seriously recommend this series to everyone that loves a good thriller. Cudos to Michelle Gagnon for writing this book.

Disappointing ending to a squandered premise

I honestly don’t know why I persisted with this series.

After a great debut, the second entry in the trilogy was lacklustre but I’m nothing if not loyal to a series that I start.

Unfortunately my devotion wasn’t rewarded with a stellar wrap up to the trilogy.

Don’t Let Go continued with a ho-hum fugitive tale that had the characters constantly moving but the plot left standing still. This entry managed to be even less dynamic though, because the POV characters were together for most of the story this time.

Most disappointing is the utterly anti-climactic ending. The villains, new and old, ultimately present no real challenge for the protagonists. Honestly, the story could have been resolved in a similar fashion back in book one, so fruitless were the efforts of ‘heroes’ in books two and three.

This review feels very harsh but as I’ve paid for and sat through three books in nearly as many years, I think my scorn is justified.

I don’t recommend Don’t Let Go, nor the Don’t Turn Around series to anyone.