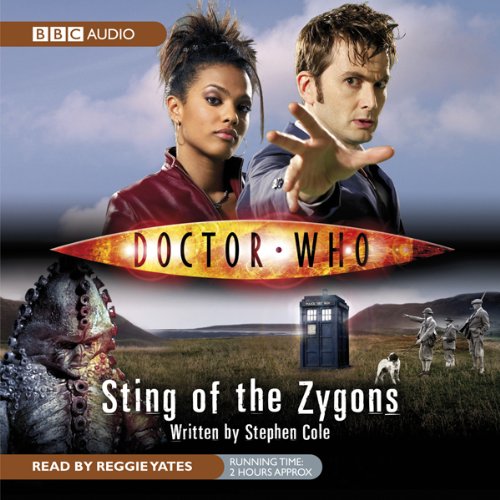 The TARDIS lands the Doctor and Martha in the Lake District in 1909, where a small village has been terrorised by a giant, scaly monster. The search is on for the elusive "Beast of Westmorland", and explorers, naturalists, and hunters from across the country are descending on the fells.

King Edward VII himself is on his way to join the search, with a knighthood for whoever finds the Beast. But there is a more sinister presence at work in the Lakes than a mere monster on the rampage, and the Doctor is soon embroiled in the plans of an old and terrifying enemy. And as the hunters become the hunted, a desperate battle of wits begins - with the future of the entire world at stake.

NOT narrated by the woman who plays Martha's mother, but rather Reggie Yates, the guy who plays Martha's brother Leo. His voice got a bit annoying after awhile. Otherwise, really good story, lots of suspense and running from monsters for at least the last half of the book. Would definitely read again.

The story was interesting and enjoyable. The only small issue I have is with the reader. The actor who plays Martha's brother narrates here. He attempts the nuances of Tennant and misses the mark. I also wish he would enunciate a bit more.