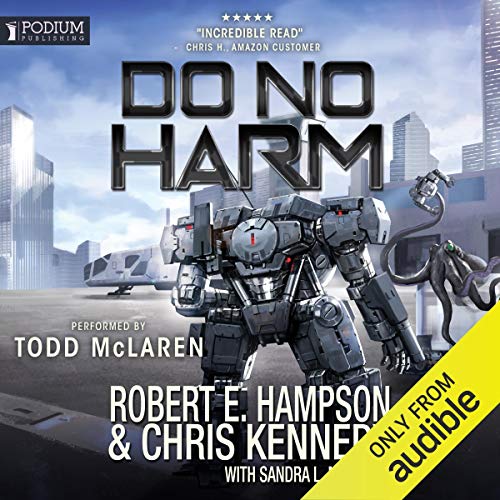 When Todd’s critically damaged ship dropped out of hyperspace near the human colony world of Azure, he had no memory of his past. He didn’t know who he was, or even what he was, and the humans didn’t either. That didn’t stop the colonists of Azure - they took him in, anyway...even though they didn’t understand how he could do some of the things he could do.

Todd and his descendants consider themselves human - eight-armed and water-breathing - but human, nonetheless. After 70 years living among humans, Todd’s descendants are going back out into the Union to make their mark - from 15-year-old Verne, who’s a little short to be a mercenary, to Harryhausen, who wants to be the most famous PI in the galaxy. Eventually, they learn that the rest of the Galactic Union knows them as Wrogul, intelligent octopus-like beings known for science and the ability to perform surgery like no other race can.

These Wrogul do more than just practice medicine, but they still intend to do no harm. Unfortunately, the humans, whether they have two arms or eight, have powerful enemies...and the Wrogul may have no choice.

Read/listen to these books!

I have been listening to the books of the Four Horsemen Universe for quite some time now and have not been disappointed.

Book 9 Was a straight down hill for me .

The series was going good enough for me to pay a good amount of money to listen while I worked but this book is the most boring book . I like the squids but blaa boring especially the culinary crap . I am not sure I will roll the dice on the next in line .

Best of the series so far

I really enjoyed this book . No spoilers I think you should listen to it for yourself.

Another great book in the 4HU

If you enjoy the 4HU, this is a must read. The narrator does a great job brining this book to life.

The best book since Cartwrights Cavaliers

lots of short stories that tie together by the end

At times laugh out loud hilarious

Very well written I rate it 👌

Probably one of my favourite books in the series yet!

Reading the blurb I wasn’t sure I would enjoy this book. Absolutely loved it. Tells the ongoing saga through different eyes.

No spoilers. It’s a great book!