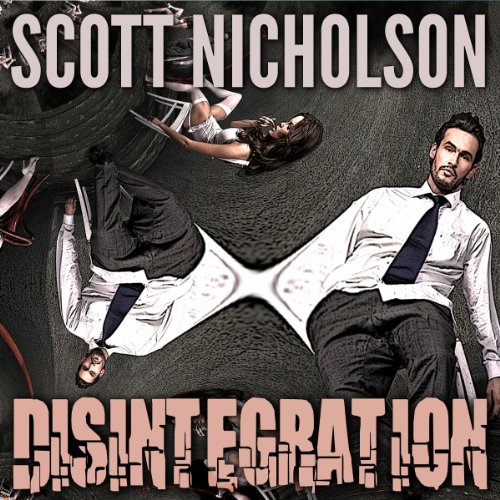 When a mysterious fire destroys his home and shatters his family, Jacob Wells is pulled into a downward spiral that draws him ever closer to the past he thought was dead and buried. Now his twin brother Joshua is back in town, seeking to settle old scores and claim his half of the Wells birthright. Jacob's wife Renee is struggling with her own past, and her attempts to salvage Jacob are driven by guilt and ambition.

As Jacob and Joshua return to the twisted roles they adopted at the hands of cruel, demanding parents, they wage a war of pride, wealth, and passion. They share a poisonous obsession with the provocative, manipulative Carlita, whose immigrant family helped build the Wells fortune.

Joshua wants other things, too, but Jacob's desires are divided between the forbidden love he can't possess, the respectability he can never have, and the revenge he is dying to taste. Renee has dark motives of her own. If only Jacob could figure out which of them to blame...but the lines of identity are blurred, because Joshua and Jacob share much more than blood. Now the childhood games have become deadly serious.

You are brought into the story straight away with the death of Jacob's daughter in a house fire. He wakes to smoke and tries in vain to rescue her but ends up with severe burns instead. This in itself is heartbreaking, but add in the fact that they lost another child years before, a marriage on the rocks because of this and a twin brother who torments you, and you have a fast paced and thrilling read.

This is the first of Scott Nicholsons books I've read that doesn't have a supernatural element to it, and while I liked it, I think I prefer his supernatural ones, but that's a personal opinion only!! This was such a roller coaster of a read and one that had me constantly wondering where the author was taking the story. It's so full of twists and turns that you are left breathless with anticipation and turning the pages (though in this case leaving the earbuds in) to see what happens next.

The characters were all well thought out and written, though I didn't really like any of them that much. It's hard to root for a character when there isn't really anyone to root for. They were all flawed, which I like, but not one of them were what you would call a good guy!! hat's one thing I see with this authors style, he really knows how to write a complex character, one you either love or hate!!

In all this was a good read. I always like a book that keeps me guessing, and this one did.

The narrator did a good job with this though at times I did become confused of which character was which. I wanted more variety and different tones at times but I still enjoyed listening to him.

*I received a copy of this in exchange for an honest review. All thoughts and opinions are my own.*

What did you love best about Disintegration?

I loved the twists and turns this story takes.

I love a story that keeps me thinking about it long after I have finished. This is one of those.