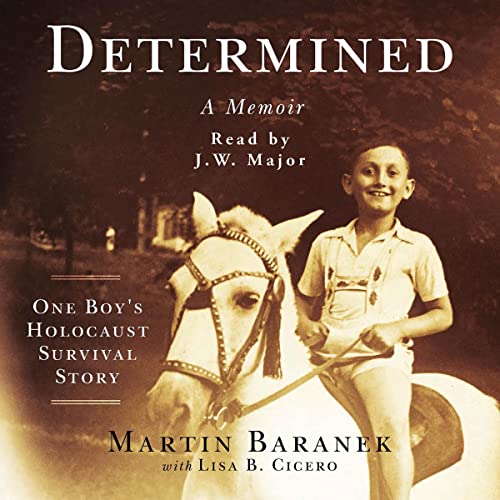 "If Martin Baranek's memoir of his hellish journey were fiction, I would dismiss it as beyond comprehension. The fact that in this book Martin's own words testify in some detail to his experiences from ghetto to work camp to extermination camps to death march to liberation and eventual arrival to the Land of Israel, powerfully teaches us that the unbelievable actually happened. This is an eye opening window into humanity at its lowest and cruelest. It is also one human being's intense will to survive and rebuild his life anew. I found it riveting and gut wrenching. Martin Baranek's journey is a triumph of hope over despair." (Rabbi Gary Glickstein)

"I first encountered Martin Baranek as an articulate and reflective survivor in the course of my research on the Wierzbnik ghetto and the Starachowice slave labor camps. As his powerful memoir records, these were but the first two circles of Hitler's inferno through which he descended in the years of the Holocaust. They were followed by Birkenau, Mauthausen, and Gunskirchen, with each stage of his incredible odyssey more challenging and horrifying that the previous one. Martin's overall story remains very powerful." (Christopher R. Browning, Frank Porter Graham Professor of History Emeritus, University of North Carolina at Chapel Hill)

"It has been said that a thousand doors had to open and close in the exact right time and succession in order for one to survive the Holocaust. If even one door opened or closed at the wrong time, your fate was sealed. Unlike 6 million other Jews, the doors Martin Baranek went through appeared for him at just the right time. But his survival was not just a matter of luck. Shining through on every page of this exceptionally moving tale are Martin’s courage, perseverance and sheer will to live under the most brutal of conditions This painfully honest account is a true testament to the power of the human spirit to triumph over unimaginable adversity. Martin’ story is a remarkable memoir that is nothing short of inspiring.You may have questions about God after reading this book - but you will most certainly believe in miracles.” (Eli Rubenstein, national director, March of the Living Canada)