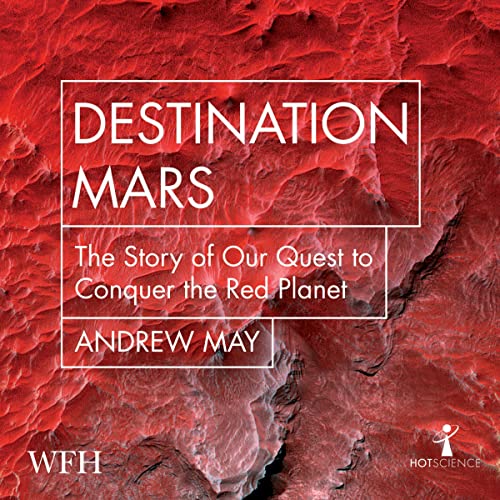 Mars is back. Suddenly everyone - from Elon Musk to Ridley Scott to Donald Trump - is talking about going to the Red Planet.

When the Apollo astronauts walked on the Moon in 1969, many people imagined Mars would be next. However NASA’s Viking 1, which landed in 1976, was just a robot. The much-anticipated crewed mission failed to materialise, defeated by a combination of technological and political challenges.

Four decades after Viking and almost half a century after Apollo, technology has improved beyond recognition - as has politics. As private ventures like SpaceX seize centre stage from NASA, Mars has undergone a seismic shift - it’s become the prime destination for future human expansion and colonisation.

But what’s it really like on Mars, and why should anyone want to go there? How do you get there, and what are the risks? Astrophysicist and science writer Andrew May answers these questions and more as he traces the history of our fascination with the Red Planet.

The author has asserted his moral rights.