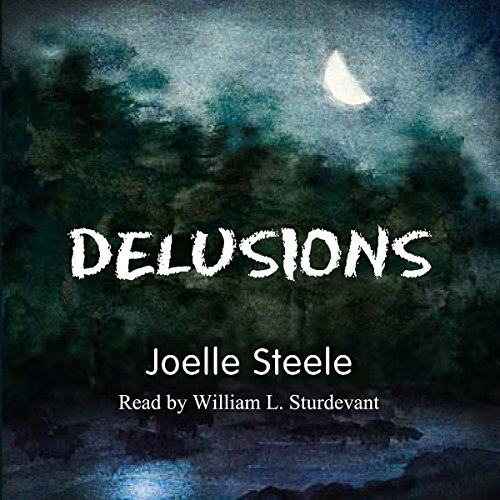 Amanda Woods is a twice-diagnosed paranoid schizophrenic, pitifully neglected by social services for almost 12 years. During that time, she has teetered on the edge of reality, plagued by a variety of delusions, including one involving her late mother, Rhoda Pruitt. Amanda calls it her "Rhoda-delusion." However, her new case worker, Donna Rodriguez, has met Rhoda, and she knows Rhoda is not a delusion at all. Driven by her desire to help others, Donna digs deep into Amanda's past, which leads her to uncover Rhoda's history as well. Stunned by what she discovers, she calls on her priest, Father Elias Antonelli, for help. Elias is a man of faith and a popular priest in his community, but he has long struggled with his commitments to the Catholic Church. Elias would like to help Amanda, but when he comes face to face with Rhoda Pruitt, he discovers something he was not expecting, something that threatens everything he has ever believed in.

What made the experience of listening to Delusions the most enjoyable?

The characters was very interesting. The story keep me engaged and I had a hard time putting the book down. It is a great read and I would recommend it.

Couldn't put it down!

I was only disappointed because it ended too soon. The characters were really well developed and held my interest throughout the book. I have listened to narrator William L Sturdevant many times and always enjoy his performance. A sequel? Yes, that would be nice!

This was a good book.A delusional woman is assigned another caseworker.She wants nothing to do with it.Her mother,who died years ago BUT is still harrassing her says everything and everyone was sent by the 'benzos'.Luckilly the case worker will not give up and gets to the very scarey bottom of this.William Sturdevant is a wonderful narrator.I was given this book free by the author,narrator or publisher.

This story is a sad, but realistic view of how the mind might function once something disrupts its normal pattern. The story begins with Amanda Woods giving up everything positive in her life to be a caregiver to her dying mother, who once abandoned her. Amanda feels resentment, but also a sense of responsibility. As time goes by and the length of time she cares for her mother is prolonged, Amanda begins to exhibit signs of a mental disorder. Doctors diagnosis Amanda as a high-functioning schizophrenic and place her in the care of social workers. More years pass and Amanda’s case is passed to different social workers. Amanda lives in her delusional world until her newest social worker begins to suspect that something is amiss in Amanda life. It’s a compassionate story with a strong narrator.

I was confused at first where does Religion paranormal and psychology come together? But the author brought them all together in a great way. Very interesting read. I recommend this book to anyone interested in learning how three seemingly unrelated things can become one.
I received this free for an honest review from the author/narrator