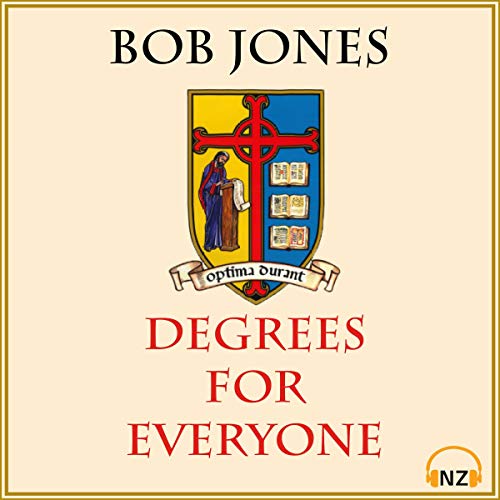 University degrees should be for everyone. Not just for some self-appointed elite who study obscure stuff like classics, history, and medieval studies. Universities need to offer a range of subjects that will ensure anyone can get a degree in something - it's purely a matter of responding to modern market forces. This is the vision of Ralston University's new vice chancellor.

Unburdened by any sense of academic tradition or excellence - and coming from a background in company liquidations - he proceeds to close down the teaching of traditional academic subjects, replacing them with diploma and degree courses in line dancing, hamburgerology, and applied witchcraft. More than a new broom that sweeps clean, he is hell-bent on excoriating every last shred of intellectual fiber from the bones of academic tradition.

Drawn into this sudden chain of events, can the wise but world-weary Professor Trout save his own job in the department of medieval studies? Or will the monstrous Professor Beefenstein squeeze him out with her teaching of Rubenesque Studies to justify female obesity? Are panel-beating and pedophiliac studies to become legitimized as scholarship? It seems anything is possible.

As Sir Robert Jones describes in Degrees for Everyone, we have entered an age in which commercialism has replaced professionalism, and never more so than with our universities. A university degree was once held mana; today it is a badge of attendance. Scholarship has been pushed aside to accommodate the meanest intelligence with nonsense degrees in nonsense subjects, and universities are today driven by commercial considerations.

In this hilarious but devastatingly prescient work exposing the corruption of our universities, Bob Jones shows, once again, that he is not only a deft and witty storyteller but a man of letters himself.

I read this as a teenager when it was first published. It stuck in the mind. It’s fantastically ridiculous but weirdly (and scarily) still relevant.

Great laughs at a rather sad and confronting topic, the book will keep you entertained.