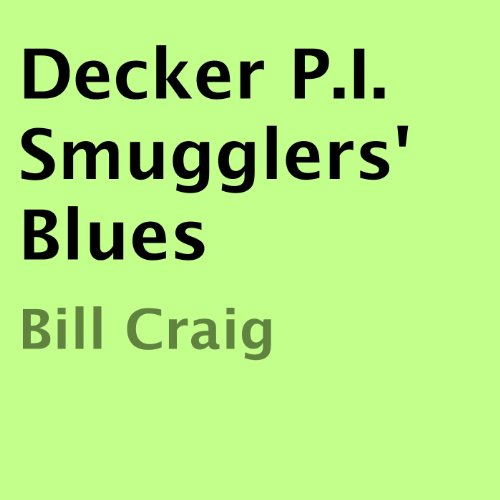 When her baby sister shows up on Scorpion Cay, Police Chief Monica Sinclair is initially pleased. Until she finds out that her sister is on the run from a drug deal gone bad in Columbia. Monica knows she needs unofficial help if she wants to keep her little sister alive and out of jail. Monica does the only thing she can and enlists the help of her former lover, Ex-DEA agent turned Private Investigator Sam Decker to help her sister out of her deadly fix.

Pursued by Columbian hit men sent to recover the drugs or the money, Decker and Julia Sinclair must track down her wayward boyfriend who has disappeared with both, leaving Julia holding the bag. With the help of his Cuban friend Rafael Cortez, Decker winds his way through the underbelly of the drug trade from Key West to Miami to keep Julia Sinclair from singing the Smugglers' Blues or wearing a Columbian neck-tie!