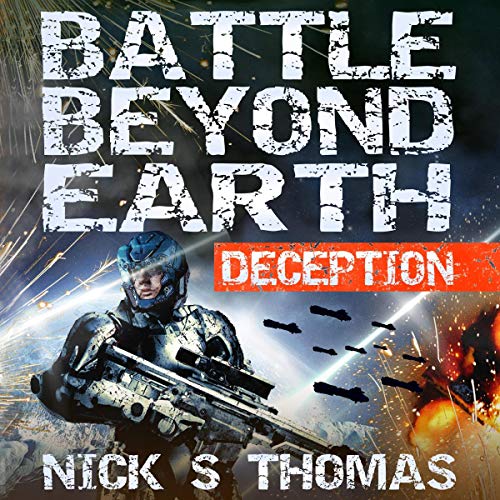 Battle Beyond Earth: Deception. The seventh instalment in an epic sci-fi series that tells of humanity's desperate struggle to survive in an uncertain and war-torn future.

Colonel Mitch Taylor is living on borrowed time, and so is the Alliance. Counting the days down until Bolormaa could return and kill him herself. The sole reason she had saved him from her ally Cakir.

The Alliance needs to buy time until that final showdown. But Taylor is needed to do what he does best. They decide on a deception, and find a double who can pass as a wounded Taylor. Colonel Taylor will adopt a new identity, out of sight of his comrades. Working in secrecy, he has the help of new and advanced technology, which may give him a chance when Bolormaa comes for him. Except his friends are in danger, and he cannot stand in the shadows while they face mortal danger.

Battle Beyond Earth is a futuristic sci-fi action adventure sequel. It is also a standalone story. This will give a new perspective and storyline to those listeners who followed Mitch Taylor's exploits in the best-selling series Battle Earth.