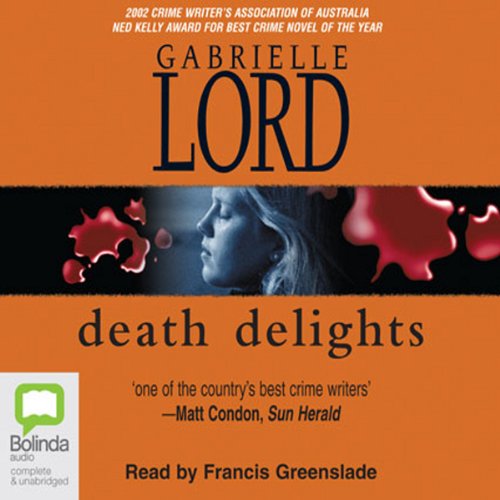 "One of the country's best crime writers." ( The Sun Herald)

When Jack left the police force to join the Forensic Science Unit in Canberra, he thought his days of visiting crime scenes were over. But while he's on leave in Sydney, his old friend Bob asks him to help out with a series of grisly murders. Someone is horribly mutilating and murdering convicted paedophiles the moment they are released from jail. Still grieving from the collapse of his marriage and the disappearance of Jacinta, his teenage daughter, four years earlier, Jack tries to make sense of what is happening. An anonymous caller seems to link his daughter with the murders, though pursuit of that line of questioning leads nowhere fast. Against his instincts and professional judgement, Jack allows himself to become enmeshed in an affair that threatens to jeopardise the entire investigation. And then suddenly, Jacinta rings Jack, a desperate voice on the line saying, "Dad, I've just done something really stupid..."?

This was a very enjoyable listen. The characters were compelling & it was well written, with excellent narration. The plot was interesting if a tiny bit predictable & a little heavy-handed in places. I read another one of her (Gabrielle Lord's) books, "Feeding the Demons," which I liked even better.

This is the second book I have of this author. Compelling and hard to put down.Keeps you guessing until the last word. love it