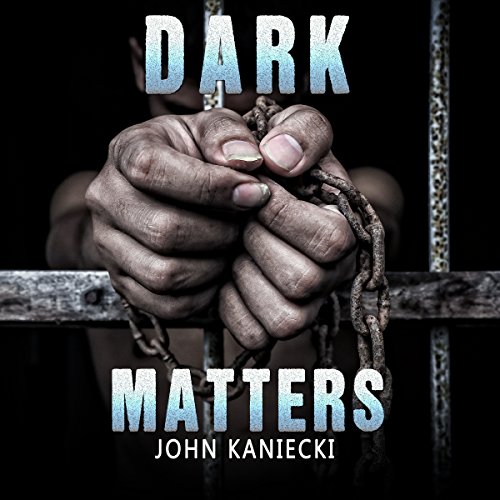 A collection of three stories by John Kaniecki.

Religion and truth battle for control.

In a future society on planet Earth a young man named Zacchaeus is raised in the post-apocalyptic society which is underground. Zacchaeus becomes a zealous believer in the church of Ratata. Zach's father tries to protect him by transporting the young man to a different continent. Isolated from his religious family, Zach manages to find his way back home. However Zach's eyes become opened to the truth to find the sacred text of Ratata to be a lie. Thus Zacchaeus is condemned as a heretic as he chooses to abandon the lie of religion.

In a world of evil, every day is a wicked race.

In the not-so-far-off future a group of Nazis have been exiled to a distant planet. In their wicked society they simmer in their misery, dreaming of returning to planet Earth as conquerors. Johnny is a perfect Aryan in every way excelling in the ways of Nazism. But with superiority comes arrogance. What happens when the best is your worst?

"The Psychology of Lady Jane Perkins"

Michael Thorpe, an engineering student, is swept away in love by one Lady Jane Perkins, but what does the young man see in this homeless psychiatric patient?

Michael Thorpe is an engineering student at David's Institute. He dreams of the day when he will be wealthy and thus happy. In fulfilling the requirements of a psychology course Michael visits a psychiatric hospital to visit one Lady Jane Perkins. Once meeting the woman Michael can't seem to get her out of his mind, literally. So Michael begins a quest traveling to the disheveled side of Technocity to find his true love. But what nefarious powers are manipulating Michael Thorpe and why?

I can't say that any of the three stories in 'Dark Matters' are my new favorite stories, but they were each enjoyable enough to keep me listening and entertained. They don't seem to be connected by any theme, but are each set squarely in the horror genre and were satisfying to finish. Narration by Samuel E. Hoke made the stories even better.

Mixed collection of stories. All dark.

The three stories contained in this book were of mixed genres. They all represented something dark about human nature.
"Heretic" A vividly detailed exploration of one man's journey of discovery about the baseness of human nature and the need for man to follow. The journey takes us through his life and his awakening. Once he is awakened to the truth, the truth becomes the harbinger of his demise. Dystopian in scope and realized through flashbacks and hunger. A very well paced exploration.

"Johnny Can't Run" This story is also dystopian in scope but from the slant of a Nazi colony on a distant planet. This story had very well fleshed out characters. This is what grips you. You understand the characters motivations and this helps the story to move along to it's natural conclusion. The main idea reminded me a lot of The Sirens of Titan by Kurt Vonnegut. Whether that is a good or bad thing is for you to decide.

"The Psychology of Lady Jane Perkins" This was a modern psychological brain teaser. The story takes place in a fictional city and is hinted at being in the future, but the characters, locations and situation all feel very present day. The story plays with the idea of whether the main character is going crazy or just experiencing a change of life that will generally come with natural progression. It does have a surprise ending and it was rather enjoyable. I think the author did miss an opportunity for a nice discussion or subtle play on the idea of racism and territory. When Michael goes to the diner looking for Lady Jane and the waitress tells him that he is lucky he has not been killed because he is a white man in a black neighborhood. The story did not suffer for this, but based on the writing and the ideas of this author, there may have been something golden there.

The Narration was done fine. Mr. Hoke has a deep booming voice and is very careful with pronunciations. The downside to this is that he reads the stories very slowly. This can be a hindrance for some, for me, i used the increase speed option and he sounds great. During the middle story, he did sound a little too matter of fact. it was as if he was just stating facts at times versus acting out the characters. Again, this did not hinder the overall enjoyment of the book but it may be a deciding factor for some when thinking about purchasing the book.

I requested a free preview copy of this audiobook and i am leaving a voluntary and honest review.

A solid, if dark, collection of stories

This is an interesting and odd collection of stories that captured my interest and managed to entertain me. They are fairly dark tales that all have some unexpected twists. None are the same, though all were well written. The narration, too, is well done. All in all, I considered this an enjoyable experience.

Hoke's narration was a treat. He matched his voice (tone, pace, style of speaking, etc.) well to each story and really did a good job of bringing the characters to life. "Heretic" and "The Psychology of Lady Jane Perkins", I think, were the best for this - maybe because the stories were pretty different from each other and so the contrast was all the more obvious. His contemplative, self-assured voice was fitting for Zacchaeus telling us his life's story when he had reached its end and was at peace with that fact. But even though it was my least favorite story, "Lady Jane" had my favorite narration - Hoke's rendition of the cocky, occasionally crass Michael was pitch-perfect, and sometimes pretty hilarious.

Dark Matters is an appropriate title and it's just not my thing. I couldn't finish it because it was just too depressing. if you like disutopean stories, struggles of the soul, you might enjoy this. The narration is good.

I was given this book for free at my request in exchange for a fair and honest review.

I love science fiction and all things Twilight Zone and Black Mirrors. This book is an encapsulation of both.

It's so hard to describe these short stories. They were all so different with insane endings. Each story was an up close view of a person and a society and then the author pulled back the lens and revealed a complete story. My mind was blown.

The narrator was intense. I loved his voice and his delivery. He was power personified and then he was innocent and unassuming. That's special!!!

Don't let the confusing beginning of each story rob you of the joy of this listen. Stay with it and be amazed.

3 twisted dark stories in one book

One book 3 dark tales. One a future where mankind lives under ground post nuclear holocaust...the reason for it and the secrets of those in power will surprise you. Another tale set in a world far away where an exiled nazi colony plans and grow with hopes of returning and conquering earth. A third tale of a psychology class that one may wish they never took. All good all novel in their execution. Well written and well narrated. I was voluntarily provided this free review copy audiobook by the author, narrator or publisher

I love "dark" book and this one is a winner!
This is a three-story collection of dark tales, each unique and darkly wonderful! Human nature can be inherently good, and inherently BAD.

Take the journey, dive right in, sense the darkness all around you..... psychological dark... scary dark....

Great characters, great stories, and great narration - really enjoyed this trio of dark tales!
Would definitely recommend to others :)

I was given this free review copy audiobook at my request and have voluntarily left this review.
Please take a moment to click the "YES" ("Helpful") button below if you found this review helpful :) Thank you!

Three short novellas, all very different, but with one very loose theme: change.
The titles are:
(I) Heretic - an ex priest accused of blasphemy.
(ii) Johnny can't run - a defeated warrior group which dreams of victory
(Iii) The psychology of Lady Jane Perkins - a lonely engineering student is given a psychology assignment.

All are dark, very unusual and often unexpected, well written and frequently humerous beneath the bleak surface. And all are thought provoking. The narrator, Samuel E.Hoke, has a deep, rich voice perfect to carry the subject matter. His reading is clear, carefully following the text with understanding, and with good intonation and emotion. Nice performance.

My thanks to the rights holder of Dark Matters who, at my request, freely gifted me a complimentary copy, via Audiobook Boom. This was a refreshingly different collection of stories and I will personally be looking for more work by author, John Vanieski.