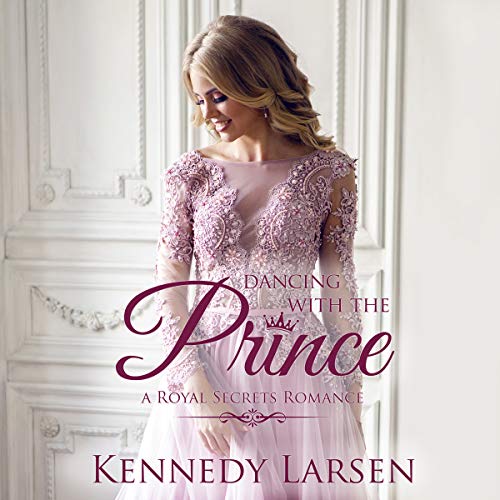 The only thing Lindy wanted on her Mediterranean cruise was to enjoy the sights and get away from the memories of her ex. She brought her cousin along as a deterrent for all the men, but when he ends up seasick and stays in the cabin, Lindy is left to her own devices.

When a handsome stranger with a sexy Spanish accent runs into her one night, she’s surprised he’s not as overbearing as some of the other men she’s met so far. He asks to see her the next day; she actually agrees.

Carlos is on the cruise for one purpose: to convince the spoiled son of a rich investor to bring his business to Carlos’ home country of Aragonia. As the second son of the royal family, Carlos doesn’t have much time to play around, and meeting the beautiful American tourist is just a fun diversion. Yet the more time he spends with her, the more he wants to push his princely duties aside and just enjoy the fascinating woman’s company.

After the news leaks out that Prince Carlos is seeing an American commoner, Lindy is shocked to learn that she’s the subject of tabloid gossip around the world. Lindy knows Prince Carlos is too far out of her league, and Carlos knows he should follow the rules of his title, but are either of them brave enough to see where things could lead if they just give it a chance?

A 8 chapter book that I paid 5.99 for narration. Not at all worth it. The story just starts and stops abruptly, there is no back ground on the characters just here they are and now the book is over.

ABSOLUTELY FANTASTIC. Delightful and Humorous throughout .
Could not stop listening.
Try your luck at love. Or Just Dance the Night Away. Who would guess a little girl from a small town in South Dakota would find herself dancing with her dream Prince. On a cruise ship no less. I loved the narrator easy-to-follow. Overall great story. Well written clean audio. With a very nice cover

This was a sweet romance story that was fun to listen to. I enjoyed the narrator in this book. She did an excellent job. The story was fun. I enjoyed Lindy's character as she was on the cruise to forget her past relationship. She had a strength about her that came out in the story. Carlos just wants to be liked for who he is. I loved how the two met and their relationship development of the next couple days. This was almost a love-at-first-sight kind of romance. Lindy's cousin was a great addition to the cast. My only complaint was that the book was far too short. I wish we could see more of the story and see how the couple is doing. I recommend to those that like short sweet romance without too much depth.