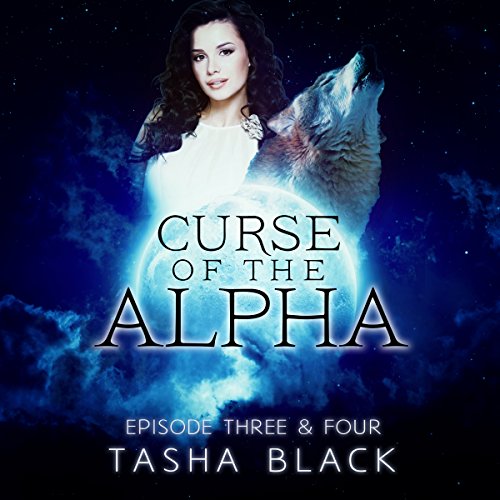 Ainsley Connor is determined to turn her back on her shifter past.

But the wolves of Tarker's Hollow call on her to choose the next alpha, and Ainsley becomes the object of desire for every eligible wolf in the quiet college town.

Surrounded by seductive shifters, all desperate to claim her, Ainsley wants nothing more than to leave the pack behind forever. But her newfound passions will not be ignored.

Ainsley soon finds herself torn between the mysterious stranger with the dark secret, the gorgeous and loyal friend from her past, and the hunky sheriff that wants her all to himself.

And the shifters aren't even the strangest part of Tarker's Hollow.

As she struggles to come to terms with her true nature, Ainsley is thrust into the center of a steamy web of shifters, ghosts, witches, and warlocks, caught up in a life-and-death struggle for control of the pack she tried to abandon.

But for Ainsley Connor, the toughest wolf she must face might just be the one inside herself.

Curse of the Alpha is told in six installments, or episodes, like a TV show. Each episode contains a cliffhanger to entice the listener to tune in for the next one. If you're not a fan of the serial format, all six episodes are also available in a complete bundle!

Ainsley must retaliate after a shocking betrayal. Information from her past helps her to see things in a new light. But how will she react when she receives a ghostly visitor?

Ainsley makes a plan to leave Tarker's Hollow, but ends up running for her life. Will she manage to escape in time to use what she has learned to shape her future?

Curse of the Alpha: Episodes 3 & 4に寄せられたリスナーの声

WOWSY WOW!! THIS WAS A GREAT INSTALLMENT!!!

This installment was super exciting...I could not put it down!!! I LOVED ALL OF IT!!!

The ending, when Ainsley finally gives in to who she is...she is raw and honest...and I love her with Eric!!!

This little series would probably make an awesome movie!!!

This one picks up where the last book ends...and was super exciting from start to finish...Ainsley is finally honest with herself and ends up putting her and Eric in a dire situation....I think she might be having a change of heart...in this installment, I really bounded with Ainsley..and can not wait to listen to the next installment!!!

Steamy, and Suspenseful with Shocking Twist!

Episodes 3 & 4 picks right up where the last book ends but have several surprising twist that you do not see coming! May contain some spoilers.

In the beginning of episode 3, Ainsley is about to shift into her wolf form to kill the person who is caught breaking into her father's study and office; however, something happens and she is unable to shift and the person escapes. With more family secretes coming out, she learns she is more than just a wolf.

While Ainsley considers choosing Clive as the next Alpha, Cressida visits Ainsley and they have a little F/F action. (This was my first story with a female with another female and it was an awkward scene but not bad.)

Once Ainsley has decided to mate Clive, and make him the next Alpha of the pack, a ghost from her past comes to her in the nick of time to stop her from making a mistake. However, Clive is not about to take "no" for answer.

All through the story Erik is miserable because he has feelings for Ainsley, and wants to be with her. He has a hard time excepting she will be with someone else. However, while Ainsley is on the run from Clive she finds herself in Erik's arms.

I enjoyed listening this story and thought the narrator did awesome job narrating these stories.

Can Ainsley figure it out in time?

I ended listening to Book 1 & 2 twenty minutes into my commute screaming “Nooooo” because I didn’t Book 3 & 4 loaded and read to go. This picks up right were we left off, with Ainsley and Julian facing off. And WHAM it’s still not how you think it’s going to go!

Ainsley is returning home to Tarker’s Hollow after running away to college over 10 years ago. Her plan is to pack up her parents’ home, pick an alpha, and get out. However, things have already gotten out of hand. Ainsley is learning there is more about herself, her family & friends, and her town. She is surprised to learn about her mom and her best friend Grace’s talents. But Ainsley’s not really open to learning too much. She doesn’t really try to sit down and find out the answers as to what she is. She still wants to cut and run. I felt a little shocked at the extent that Ainsley went to in order to clear out. I felt like Ainsley must be trying so hard not to feel or get attached to Tarker’s Hollow, that she just wasn’t stopping to ask any questions or to feel anything, not weighing options.

The two men vying for her attention and potential for alpha are Erik and Clive. Erik is her long ago childhood friend and he wants what is best for Tarker’s Hollow, even if it means losing Ainsley. You can’t help but to like Erik. Clive is the high school jock that grew up to be the Sherriff. He seems to be sweet, and it doesn’t hurt that he’s buff. You don’t know who she should pick, until you get further in to listening – no spoilers here but let me just say … wow the public face that some people put on.

Then there is Cressida. Cressida has been Erik’s hook up so of course there is lot of tension between her and Ainsley. I ended up liking Cressida. She may have been a bit bitchy and selfish. But she was selfish for the right reasons and there is a nugget of good that showed through.

In the end, Ainsley is on the run and she needs to draw the alpha before she and the whole town are ripped apart. And while Julian seems to have become a non-issue, I wouldn’t count him out yet. It’s just another shoe waiting to drop. I can’t wait to see the conclusion in Book 5 & 6.

The story continues where the last episode ended. This was an amazing, steamy and suspenseful journey. Again, these episodes ended with a cliffhanger, and now I can't wait for the last episodes in the Series, to know what happens next! The narration was well done, and easy to listen. I enjoyed my listening. I received this free review copy audiobook at my request and I have voluntarily written this review.

This is the second book in the Tarker’s Hollow series. They do need to be read in the order of release, as this is a continuing serial.

Do yourself a favor... buy all six episodes in advance. Once you start, you won't want to stop.

I absolutely love this serial story. I want to shake Ainsley, but I think by the end of episode four she may be seeing her own folly. Time will tell. What I can tell you is that when I got to the end of episode four, I was hunting for the next audiobook! I’m looking forward to what will happen next and I’m excited that there are so many more books already released in this series.

There are so many wonderful characters to be explored further. More than werewolves inhabit Tarker’s Hollow and this has brought up so many questions.

The twists and turns to the story kept me on my toes! I can’t wait to see what else will happen.

Narration: I love listening to Addison Spear. She does a wonderful job of voicing the different characters and bringing the drama to life.

Note: while I was given this book as a gifted audiobook copy, my opinions are my own and are given freely.

A nice shifter story that keeps your attention to the very end. Audio is a fantastic idea as you can do other things and still enjoy a great story. Appreciated receiving it.

What did you love best about Curse of the Alpha: Episodes 3 & 4?

Ainsley is finally opening her mind to the workings of her hometown and discovering all the secrets they hold.

After listening to the first two episodes I had to find out what happened in these two episodes. I was not dissapointed! Ainsley finally starts down a path where she will either embrace her wolf or run from it forever without looking back. Can't wait to see what happens next with Ainsley and her hometown.

I absolutely love this series, I can't wait to see what happens next. Tasha Black did an amazing job keeping me hooked from the beginning. I knew there was something creepy about the Sheriff. No Spoilers, I highly recommend this series

I was moved when Ainsley realised that she had never killed anyone and how thinking that she had, had changed her whole life

This is the second set of books I have listened to in this series. I really enjoyed them. So many new twists introduced in this one. Just who do you trust?

I'm still strongly on the side of team Eric he's so strong and yet has an inner softness when it comes to Ainsley. I didn't take to Ainsley in the first two parts but her character is developing now and I really want that HEA for her and, hopefully, Eric.

These two volumes ended on a real cliffhanger so I will definitely have to listen to the last two volumes.

If you like shifters and other paranormals you will love this series, Ms Black I'm hooked!

I really enjoyed the audible version of Curse of the Alpha: Episodes 3&4! The characters continue to be amazing and the storyline kept me enthralled. I can't wait to see what else develops between Ainsley and Eric. I really want to see what happens to Clive and Julian, too. Highly recommended!!

The story just gets better!

Would you listen to Curse of the Alpha: Episodes 3 & 4 again? Why?

I'd definitely listen to episodes 3+4 again.The plot thickens in these episodes and the story takes turns I wasn't expecting in relation to character development.

What was one of the most memorable moments of Curse of the Alpha: Episodes 3 & 4?

I found the ghostly apparitions to be the most memorable and creepy! There were so many great scenes it is difficult to choose just one.There was also a little bit of girl on girl action which was an unexpected turn of events.

Have you listened to any of Addison Spear’s other performances? How does this one compare?

I listened to her performance of episodes one and two and I enjoyed the continuity her narration brings to each installment. Her tone of voice is just right and she adapts well to all the different characters.