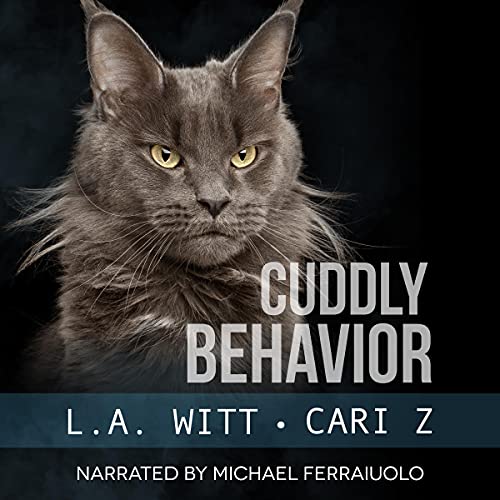 Detective Andreas Ruffner is less than thrilled when his husband and partner, Detective Darren Corliss, announces they’ll be cat-sitting for a couple of weeks. He’s even less pleased when he realizes the cat in question is a large, grumpy thing with razor-sharp claws and no regard for personal space.

When Darren deploys the puppy-dog eyes, though, Andreas is powerless to say no, so they’re on kitty detail...and despite his best efforts, Andreas is a sucker for the critter shedding all over his apartment and stealing his husband’s affection.

It’s only for two weeks. Plenty of time for the cat to get on his nerves, but not nearly enough for her to trick him into falling in love with her. Right?

This 15,000-word short story is the sixth book in the Bad Behavior series, and is best enjoyed after Protective Behavior.

Big bad Ruffner, turns into soft sweet and adorable Andreas over a cat named Harley… cat sitting, turns into we want a cat of our own.