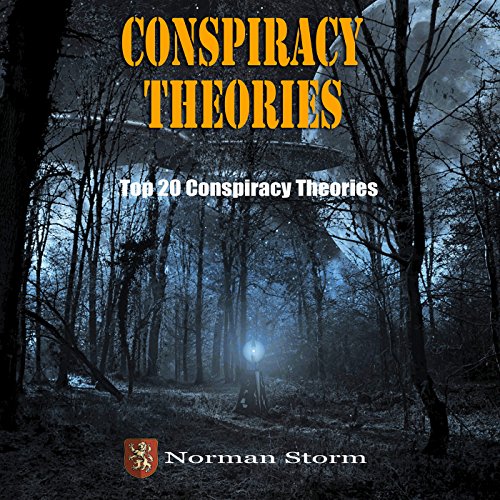 This book details the 20 top conspiracy theories. The book describes the history, the beliefs surrounding the theories, and the reasons for the conspiracy theories. You will learn that some people believe that the government is releasing toxic chemicals into the air and the water. There are also numerous theories about the government and their knowledge of aliens and UFOs. You'll read about the belief that there is a secret shadow government that is actually controlling the world, and that it wants to control everything and everyone. You'll be introduced to the idea that there are lizard people walking among us, and conspiracy theories about missing aircraft or crashes. While these theories may seem out there at first glance, there are many who believe them and feel they have good reason to believe. Knowledge is power, and you may find that you resonate with a theory in this book, and you may find that your eyes have been open and the world has been expanded to you in ways you thought impossible.

This book gives you an overview of different conspiracy theories but does not really go in depth. It’s a good book if you want to know what the main theories are.