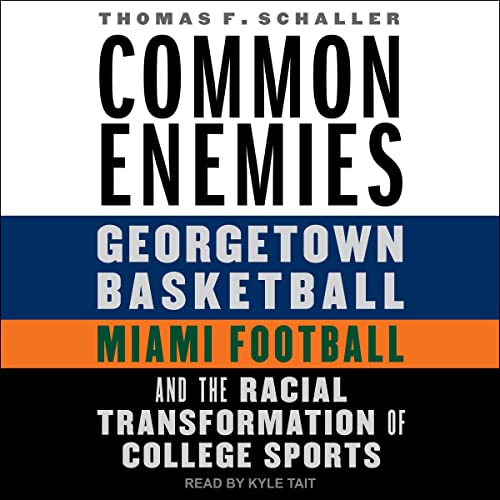 During the 1980s, Black athletes and other athletes of color broadened the popularity and profitability of major college televised sports by infusing games with a "Black style" of play. At a moment ripe for a revolution in men's college basketball and football, clashes between "good guy" white protagonists and bombastic "bad boy" Black antagonists attracted new fans and spectators. And no two teams in the 1980s welcomed the enemy's role more than Georgetown Hoya basketball and Miami Hurricane football.

Georgetown and Miami taunted opponents. Athletes of color at both schools made sports apparel fashionable for younger fans, particularly young African American men. The Hoyas and the 'Canes were a sensation because they made the bad-boy image look good. Popular culture took notice.

In the US, sports and race have always been tightly, if sometimes uncomfortably, entwined. Black athletes who dare to challenge the sporting status quo are often initially vilified but later accepted. The 1980s generation of barrier-busting college athletes took this process a step further. Georgetown and Miami's aggressive style of play angered many fans and commentators. But in time, their style was not only accepted but imitated by others, both Black and white. Love them or hate them, there was simply no way you could deny the Hoyas and the Hurricanes.