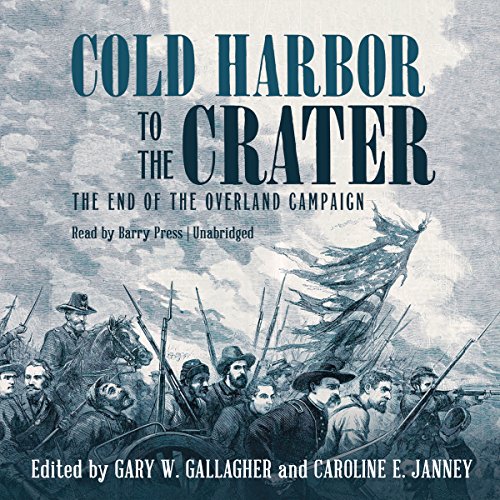 Between the end of May and the beginning of August 1864, Lieutenant General Ulysses S. Grant and General Robert E. Lee oversaw the transition between the Overland Campaign - a remarkable saga of maneuvering and brutal combat - and what became a grueling siege of Petersburg that many months later compelled Confederates to abandon Richmond. Although many historians have marked Grant's crossing of the James River on June 12 to June 15 as the close of the Overland Campaign, this volume interprets the fighting from Cold Harbor on June 1 to June 3 through the Battle of the Crater on July 30 as the last phase of an operation that could have ended without a prolonged siege.

The contributors to this volume assess the campaign from a variety of perspectives, examining strategy and tactics, the performances of key commanders on each side, the centrality of field fortifications, political repercussions in the United States and the Confederacy, the experiences of civilians caught in the path of the armies, and how the famous Battle of the Crater has resonated in historical memory. As a group the essays highlight the important connections between the home front and the battlefield, showing some of the ways in which military and nonmilitary affairs played off and influenced each other.

Cold Harbor to the Craterに寄せられたリスナーの声

Contains some valuable essays but...

This book is a collection of essays on the Petersburg Campaign and some overlap with the Overland Campaign. All are very well written and provide a better insight into interpreting this under-represented period of the war. However, the narrator’s unnatural pauses and style of speech is hard to listen to for more than a few fitful minutes. The content is worth the suffering.

I have read all of the CW books Gary Gallagher has edited and always find them a font of impressive information. This is the first time I've listened to one and the experience is terrible. The narrator's voice is grating, he distinctly pronounces each syllable as if English is his second language and is afraid of making a mistake. I'm going to have to get the hard copy.

.....but it is “cavalry” not Calvary. This is not a biblical account of the death of Jesus (Calvary).
That drove me nuts as half the time he would say cavalry and the other half Calvary.
The contents of the book are fantastic.

The essays in this collection touch on various topics pertaining to the Battle of the Crater. They vary greatly in quality and relevance to the title. 3 of 11 chapters held my interest.