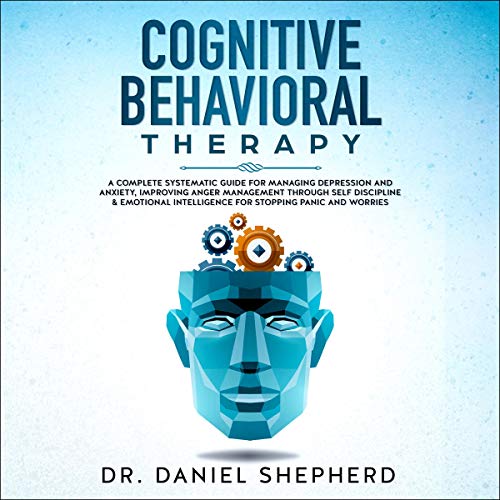 Cognitive-Behavioral Therapy is a relatively young practice among therapy models.

It was developed by psychologist Aaron Beck in the 1960s, and it is the model used by most psychologists in modern times. It has shown to be particularly successful in the treatment of depression and anxiety because these disorders are fed by distorted thought patterns.

With anxiety, a person feels a sense of impending doom. With depression, a person feels a lack of hope about the future or motivation to change it. These disorders have a very toxic relationship with distorted thought patterns. While anxiety and depression set these types of negative thought patterns in motion, they are also fed by them and become more severe because of distorted thinking.

The first thing a therapist is likely to do is leading their patient to a place where they are aware of their thought patterns. Once the problem is acknowledged, then the door to solving it is opened.

You do not need to suffer from anxiety or depression in order to develop distorted thoughts. Most, if not all of us have at least one negative thinking pattern. It can come in the form of insecurity about our appearance. It can be a pessimistic outlook on life. It can be thought that other people do not like us. Whatever form it takes on, this thought pattern is a distorted one because it inhibits us from growing into our fullest potential and causes us to have a bleak view of the world.

The patient might be given a thought record. It has the appearance of a calendar and the patient is expected to write down their thoughts from day to day in order to discover trends in their thought processes.

The next step in CBT is for the patient to set goals for themselves. These can be small at first. In fact, it is more effective to set a small, more achievable goal for yourself. This will help you to develop more positive thinking. As you accomplish these smaller goals, it will allow you to work up to larger ones because you will feel more capable of controlling your own fate.

Negative thought patterns are rooted in and thrive on a person’s idea that they are at the mercy of the world around them and do not have control over what happens to them. An example of this could be a person with social anxiety delivering a speech to a small audience, working up to performing in an auditorium full of people.

Ultimately in Cognitive Behavioral Therapy, the patient is to work towards desensitizing themselves through a technique that is known as exposure therapy. This is a very difficult stage because the patient has to face the source of their distorted thought patterns.

You want to know more?

If yes, then this audiobook is for you.