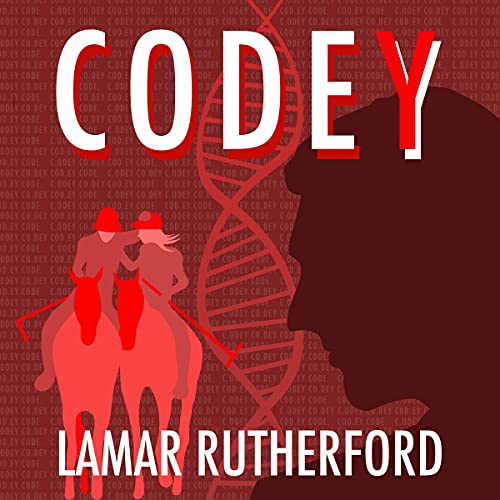 When medical students Pele, Cole, and Radi had the idea to try and find their perfect genetic matches, the whole thing felt more like an amusing way to meet women than a serious effort. But when Pele unwittingly finds his dream girl, the experiment seems to be a massive success...as long as he can lure her away from her polo-playing boyfriend.

But the experiment soon takes a darker turn. Ripped away from his young family, Pele struggles to reunite with his wife as Radi eagerly documents the next part of the experiment - the hardship factor.

And when Pele’s family becomes the center of a sinister plot by an international terrorist organization, he soon learns that finding your perfect partner is easier in theory than practice.

The audiobook has three sections, the first is almost a romantic comedy, the second more of a drama, and the third full action-adventure. The first is where the parents (mostly in their mid-thirties) meet and marry, in the second the kids are young, in the third the kids are between 11 and 18. The cast is diverse - White, Black, Latin, Indian, Korean. There are 10 kids, all with unique personalities and special skills.

Polo is part of the backdrop for the story, but there is also a lot of soccer (one of the daughters is a soccer phenom), and a military aspect. A good portion of the third section takes place in the Middle East. The underlying subplot is an evil force - ISEX (a newer version of ISIL) - wants to take over the world and go back to traditional ways where women are treated as property and lesser citizens. The children are part of a team to thwart ISEX's attemp to take over the world.