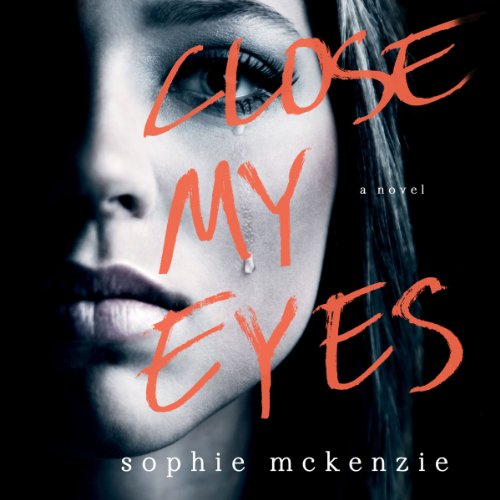 Gone Girl meets Before I Go to Sleep in this riveting psychological thriller about a grieving mother who finds out years after her daughter’s death that her child may still be alive.

It's been eight grief-filled years since Geniver Loxley lost her daughter, Beth. Once a writer, Gen has settled into a life of half-hearted teaching while her husband, Art, makes his name and their fortune - and pressures her into yet another round of IVF. For Gen, battle-scared from years of failed attempts to get pregnant with a second baby, this feels like a cruel attempt to replace Beth. Life without her child is inconceivable, unbearable - but still it goes on.

And then a woman arrives on Gen's doorstep, saying the very thing she longs to hear: that her daughter was not stillborn, but was spirited away as a healthy child, and is out there, waiting to be found. So why is Art reluctant to get involved? To save his wife from further hurt? Or is it something else...something more sinister? What is the truth about Beth Loxley?

Close My Eyes is a deeply chilling and addictively compelling story that grabs on to the listener and doesn’t let go.

Second book by this author and loved it. Admittedly the story is far fetched and plenty of stupid moves abound, stillllll I totally loved it. The narrator was wonderful and I could've listened on and on!

Kept me on the edge of my seat! Twists and turns right up to the the end! I loved this book

Horrible story, not worth the time

I always feel like such a jerk giving a horrible review. The author put a lot of time and effort into the book as did the narrator. That being said, I am livid that I spent time listening to this book. It has to be one of the most horrible books ever written. The story was extremely predictable. The main character was devastatingly stupid, written as though she was a man's caricature of a woman. There was nothing that grabbed my attention. It was slow, dull and miserable.

The narrator switches in and out of dialects effortlessly and gives the story an immediacy that i'm not sure i would have had from reading it myself. She made it totally come alive.

Granted, the main character is so obtuse at times that you just want to give her a good shake. But it works for the story.

I really wanted to listen to the whole audio in one sitting -- I couldn't wait to get back in the car!!!

Would you consider the audio edition of Close My Eyes to be better than the print version?

I am not sure because I didn't read the print version but I ABSOLUTELY loved the audio edition. It took me a while to get used to the narrator and her accent but after that I really couldn't put the book down.

It kept me on the edge of my seat. While I realize some people may not feel the same I enjoyed earning each new detail as I continued on throughout the story.

I really loved this book! It surprised me how much I enjoyed it.

I really enjoyed this book. It kept you guessing, kept your interest and was a quick read. A really good beach read.

In the beginning of the story, the main character got on my nerves with her non stop questioning of herself. The narrator did a fairly good job of switching pitches to indicate different characters. I forced myself to get more than two hours in which was good because I finally had my attention grabbed and from that point on enjoyed the story.

I absolutely loved this book! It had me so gripped I couldn't stop listening to it. I will listen to it again!

The premises very good. The beginning pulls you in, but then the story goes nowhere. Seems like the protagonist is very naïve.

I tried twice to read this book but nothing ever happens in the story and I had to give up.