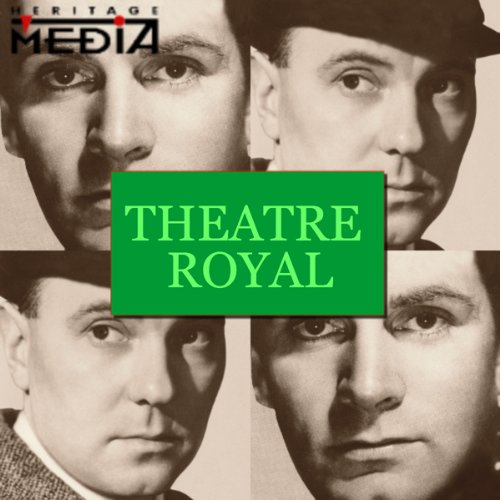 Theatre Royal is a unique series of classic radio dramas produced in the 1950's by the late Harry Alan Towers. Starring the leading theatre artists of the day it is the only series of radio dramas in which Laurence Olivier ever appeared. He was joined by Ralph Richardson, John Gielgud, Orson Welles, Robert Morley, John Mills, Michael Redgrave, Trevor Howard, Robert Donut, Alec Guinness and Margaret Lockwood.

"…now, back we go through many loving years to hear ‘The Case of Bardell versus Pickwick’…" None other than the lion of the British stage, Sir Laurence Olivier, pronounces those words at the start of this wonderful series of selections from Charles Dickens’ Pickwick Papers and A Tale of Two Cities. From radio’s golden age, Olivier’s silky baritone leads an all-star cast, including Orson Welles and John Gielgud, performing in the high tragicomic style befitting classic characters such as Sgt. Buzzfuzz, Alfred Jingle, and Sydney Carton. Adding to the adventure is the presence of old-time orchestration, including rising strings and crashing cymbals. The remastered recording is almost perfect, and the listener’s journey to another era most certainly is. Presented by Theatre Royal.