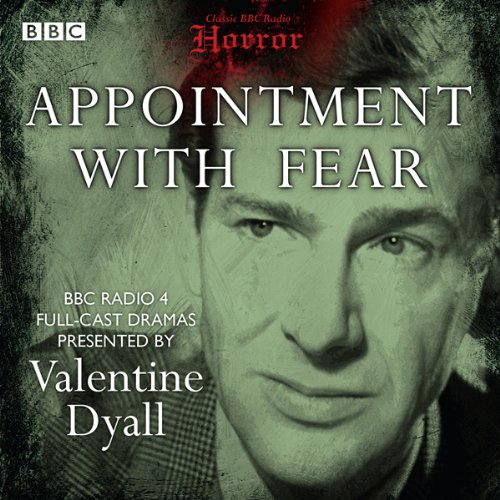 Four chilling episodes from the famous 1940s BBC radio series, introduced by Valentine Dyall, AKA The Man in Black.

Amongst the cast are Marjorie Westbury, Marius Goring and Gladys Spencer.

This was an excellent series. I loved listening to it. It was exciting waiting to hear the next story the following week. Nice to know a new generation can enjoy these remaining stories.

Good old-time radio, one particularly good John Dickson Carr/Gideon Fell short mystery and one rather silly Titanic-lite episode that rapidly sinks, not unlike the fictional ship, ludicrously named "Lusitanic," that it depicts.

Atmospheric and spine-tingling a must listen.

These short performances are amazing. My interest was kindled by previous audible reviews as I love black and white British films of this era. It's a good listen for night time with a candle by your bed, but very very spooky so I waited till I wasn't alone in the house.... It's such a shame the rest of the series were lost and only 4 remain. Wish they were found in some lofty attic....yikes.!