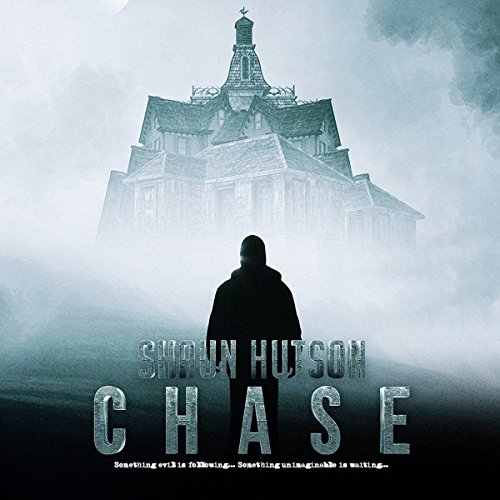 Is there such a thing as a second chance in life? And if there is, what price would anyone pay to take that second chance? David and Amy Carson will be given that elusive second chance but it will require them to plumb the very depths of their souls and their beliefs. As they and their eight-year-old daughter, Daisy are preparing for a dream holiday in America, they have no idea of the maelstrom of evil and madness they are entering.

They've heard nothing of the series of child abductions and murders that have plagued the area they intend to visit.

They know nothing of the crazed cult that has spread terror throughout the state they are all looking forward to seeing.

Nothing can prepare them for the violence, terror and depravity they are to face. As they travel along the highways of Colorado they are pursued not just by the forces of an unimaginable evil but also by the darkness within themselves.

When the final confrontation comes, they will discover things about themselves they never wanted to know and never dared to imagine....

Going by the blurb, I went into this thinking that the main characters child gets abducted when they go to America, and they basically do all they can to chase down leads, well not so!! I don't think this is a spoiler because it happens very early on in the book, but look away if you don't want to know........ their child dies in a car crash and it's only David and Amy that go to America on the holiday. While there they hear about the child abductions. When they pull into a rest stop they hear banging and noise coming from a boot of a car. They open it up to find a dead child and one still alive. They rescue her and flee. That's where the chase part comes in, they are being chased in order to get the child back!!

I very nearly DNF this because it wasn't what I though it would be! It was very slow going for the first half of the book and didn't live up to what I expected. Then when they go to America it started to pick up and the action took off, but it still felt....wrong. I felt like things were just too convenient for them, and not in a good way because they do have an awful time! But they are driving away with the child and yet still manage to pull into the exact place that the kidnappers use, and so are chased again. Then they pull into a place to get their RV fixed and are found again, and it felt like it kept going like that. It just was a little unbelievable.

Character wise, I didn't connect with any of them. I didn't really like David or Amy and I don't know why. My heart did break for them when they lost Daisy but that didn't even make me like them. They just felt one dimensional.

In all, this felt like 2 different books, the first half was slow and boring, then the second half was more action packed. While it wasn't my favourite book, I did still enjoy. This is my first book by this author, and even though this is a 3 start read, I think I'll check out something else by him.

The narrator was ok. She didn't really have too many tones and needed to work on her cadences, but she was clear and easy to follow.

I was voluntarily provided this audiobook for free from the author, narrator, or publisher. This in no way affected nor influenced my thoughts.

It was a good story but a couple of chapters repeated themselves. The narrator did a good job.

Chase Baker and the Vikings

This book was not what I was expecting.It was so slow and repetitiv I nearly gave up.The characters were all unlikable.I felt that there was a good story in there,but it just didn't come through.Kathy Mathers gave a lackluster narration.Some parts seemed right but most were monotone.I really wanted to like this book.I was voluntarily provided this free review copy audiobook by the author, narrator, or publisher.”

The author and narrators portrayal of Americans was insulting and offensive. I had to stop listening.

At the beginning I was a little bit eager for something to happen... But it all comes together pretty soon after the story was to be set... it kept me on the edge of the seat... I was actually talking to them both to stop or go or do something??? I love Shaun Hutson books and this one will not disappoint, it’s not quite as full of gore as usual at the beginning but there is enough tho to be classed a horror for sure as the story moved along you’ll be having a few tummy wrenching disgust at times and the heart thudding wonder if what’s coming next... Chase is a great read I will be recommending it to family and friends best book I’ve read in a while great stuff x x x

As a Shaun Hutson fan since I was a teenager, I was patiently waiting for the latest title! Shaun hutson is the only author who time after time makes me desperate to stay awake to read just one more page, and Chase does not disappoint! The start of the book, in particular, is gory and an uncomfortable to read - but in a good way! There is a point, and an extremely exciting story there. There is not one wasted page. Chase is a page turner from start to finish with everything we’ve come to expect from Shaun - an amazing story, gore and violence and a style of writing that is very easy to imagine and follow. The narrator also made a good attempt at trying out different accents and voices. A very enjoyable book!

A tense, tragic and brutal tale

I am a long time fan of Shaun Hutson, 20 years, give or take a few months. He has yet to disappoint me.

Chase is a savage story. I'll say little to avoid spoilers but innocent is no defense.

The characters are both likeable and believable, and the narrator does a great job in delivering this bleak tale.

Long Awaited - Did NOT Dissapoint!

I've waited a long time for Shaun Hutson to write another book since I was a teenager and boy was it worth waiting for! I see people have commented on the subject matter and as I understand and respect their points of view - you must know that Shaun Hutson does not and has not shyed away from subjects that make us uncomfortable and squirm.
True Hutson quality writing yet again from a true master of his genre - please Shaun don't have us wait so long for your next masterpiece!
Excellent.

Editing is poor in places and reader a little too monotone. Good storyline though that kept me listening.

i love hutson always have but the starting of the book with the very shaky accents almost made me stop listening.
Glad i didnt as usual hutsons stories are very entertaining and the narrator eventually settled into the story very well

Not at all entertaining.
Boring not impressed. they really need to be more thinking going in to a book.

Too brutal for me

Brutality against children was too much for me and think the book should have a warning. As it is Audible kindly refunded my credit.

Great book
Great narrator!!!
I really got into the characters and thoroughly enjoyed the journey. I will be looking for more books read by this narrator. Really really great. I’d recommend to anyone who likes this genre of book.

Did not enjoy the narrator at all, and she seems to have been edited by a 6yr old with a 'my first tape recorder'. Stuck with it though, cos it's Hutson, and I like a Hutson, wish I hadn't, total let down on all accounts. Pah!