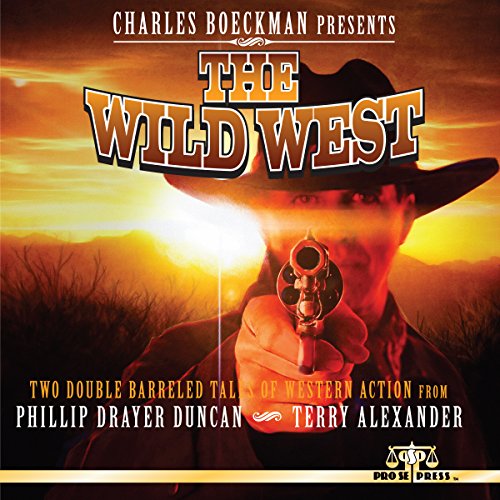 No period in American history was as untamed, dangerous, and exciting as what we refer to as "The Wild West". And no man wrote gunslingers, lawmen, and ordinary folks made extraordinary in lawless cowtowns and harsh landscapes like Charles Boeckman. And now, those heroes crafted first by Boeckman in classic Western pulp magazines live again in new tales from Pro Se Productions, Charles Boeckman Presents: The Wild West!

Authors Phillip Drayer Duncan and Terry Alexander load their six guns with new stories featuring Boeckman's distinct characters of the West. Ride along with men who make life and death choices on the turn of a hat and card, the slip of the tongue, or the wrong look. The western is a cornerstone of American fiction, and Charles Boeckman's legacy as one of its best storytellers lives on in Charles Boeckman Presents: The Wild West from Pro Se Productions.