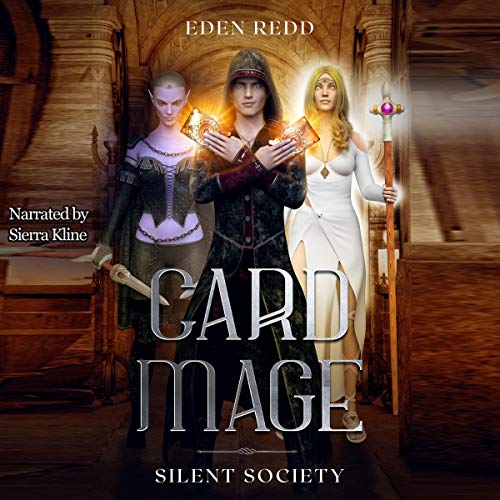 Can Dax and the Heroes of Kinarth survive their final year at the Academy?

After the harrowing events of their previous year, Dax and his fellow students spend their summer trying to relax before returning for their third and final year at the Kinarth Academy of Champions. But, all is not as it seems. A creeping dread follows the mage and his friends as they try to return to a normal life. Dax finds himself trying to reconcile his card magic technique with the changing face and future of his world, while an unknown hunger tugs on his very sanity.

Returning to the Academy, Dax and his friends must endure their final exam. A champion trial where students must pass in order to graduate. It is whispered among many students, the champion trial is a life or death exam, and not everyone returns from it, mentally or physically.

Can Dax overcome a growing insatiable hunger in his soul? Can his friends band together when their very lives hang in the balance? Will their futures come crashing down when a shadowy darkness tempts them with power none of them ever thought was possible?

Card Mage: Silent Society is for mature listeners, 18 and up.

Really looking forward to reading and listening to more Eden Redd stories! Thanks for the excellent entertainment Eden!

The third installment of Card Mage is the best yet! I couldn't stop listening! Sierra's voice is both soothing and sensual! Please write a Trilogy Sequel Eden!

This was series so far is amazing. The depth of relationship development is the equal of anything I have ever ever read. Eden Redd and Sierra Kline are a dynamite combination! Stop reading this and go get this book!

Fantastic conclusion to a 5 Star Trilogy!

This was an absolutely fantastic conclusion to a kick-ass trilogy! Hopefully we'll see continuing adventures in another trilogy or a full blown series. Can't say enough about it. Eden Redd just keeps getting better and better. 5 Stars!!!!!!!

What a fun listen! This is a really enjoyable and sexy story. I highly recommend it!