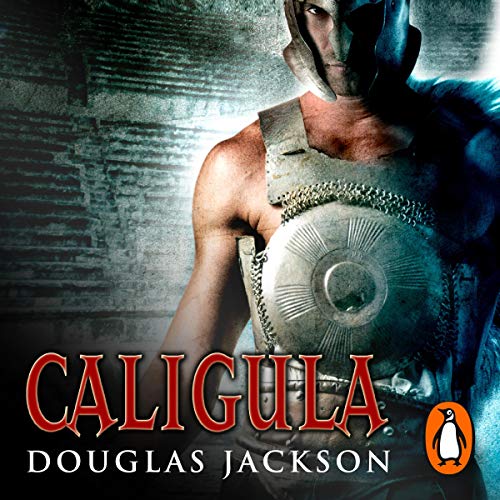 Gaius Julius Caesar Augustus Germanicus, the third Roman Emperor, is better known by another name: Caligula, a name synonymous with decadence, cruelty and madness. His reign was marked by excess, huge building projects, the largest gladiatorial battles Rome was ever to see – men and animals killed in their hundreds – conspiracies, assassination attempts and sexual scandal. Rufus as a young slave grows up far from the corruption of the imperial court. His master is a trainer of animals for the gladiatorial arena. Rufus discovers that he has a natural ability with animals, a talent for controlling and schooling them. It is at the arenas that Rufus meets his great friend Cupido, one of Rome’s greatest gladiators. It is his growing reputation as an animal trainer and his friendship with Cupido that attracts the cruel gaze of the Emperor. Caligula wants a keeper for the imperial elephant and Rufus is bought from his master and taken to the imperial palace. Life here is dictated by Caligula’s ever shifting moods. Caligula is as generous as he is cruel, he is a megalomaniac who declares himself a living god and simultaneously lives in constant fear of the plots against his life. But his paranoia is not misplaced, intrigue permeates his court, and Rufus and Cupido find themselves unwittingly placed at the centre of a conspiracy to assassinate the Emperor.

Would you try another book from Douglas Jackson and/or Russell Boulter?

I've listened with pleasure to other books by Jackson but was disappointed by this one.

Has Caligula turned you off from other books in this genre?

No, not really. I like historical fiction, especially about ancient Rome.

Boulter narrates with an up and down cadence which he sometimes overdoes. But generally I liked it.

Disappointment. If you're interested in the story of the Roman Emperor Caligula, don't buy this book. Caligula is only present in the background of the main story about a boy and an elephant.

I love historic novels and especially ones about either UK kings and princes or Roman emperors. This was a fine book by Douglas Jackson but what bothered me was that it was quite cruel, which is off course historically accurate, Caligula was not a cuddly man, but it was sometimes a bit too vividly described for my taste. I sometimes felt I was one of the spectators in the arena - and could almost smell the blood, which made me a bit queasy. This is also the strength of the book though, so if you have a strong stomach (especially to hurdle the first chapters, it gets better afterwards) its definitely a good listen.

Amusing, but not what I expected

A bit childish and contrived. Ok, more than a bit. Not particularly historical. Characters are predictable caricatures.

A very different perspective on Rome

The narrator was very good and his characterisation was brilliant. The story was wonderfully tense and a completely different perspective from the usual novels I've read set in the Roman era. There are some very graphic, and quite disturbing scenes but they are skillfully handled and are not out of place. The character of the elephant was also very well done, you got a real sense of her presence and there was no schmaltzy sentimentality as can sometimes occur in stories where animals are a main character in the story. The famous figures are also well painted and you get a sense of the sometimes benevolent, vulnerable and often brutally irrational Caligula.