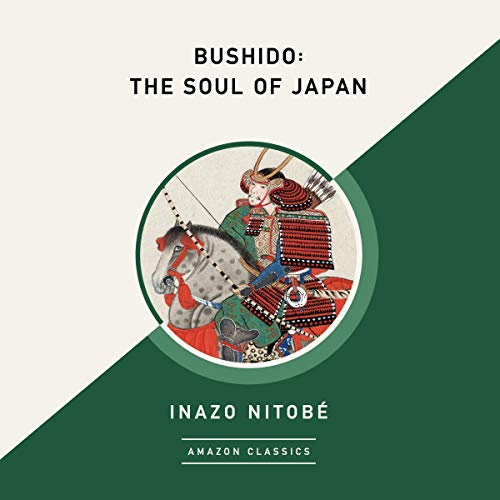 Inazo Nitobé's Bushido: The Soul of Japan is a poetic inquiry into the ethos of his homeland.

Through a study of the way of the samurai, Nitobe identifies the seven virtues most widely recognized by the Japanese: rectitude, courage, benevolence, politeness, veracity, honor, and loyalty. In sharing these moral guidelines, handed down over generations, Nitobe gives the world unique insight into a previously unexplored code of honor.

Written in English and only translated years later into Japanese, Bushido was an inspiration to many Western leaders, including two US presidents - Theodore Roosevelt and John F. Kennedy. After centuries, the samurai principles are now applied around the world and recognized as universal ideals.

There is a lot to learn from this.
"Virtues are no less contagious than vices."

Today some of the moral statements there would be considered outrageous, but many are valid and explain a lot of what's going on in contemporary Japan. A rare snapshot of the time Japan transformed from traditional to industrial society.

at last a book read by someone who sounds like the author. thank you for this book.