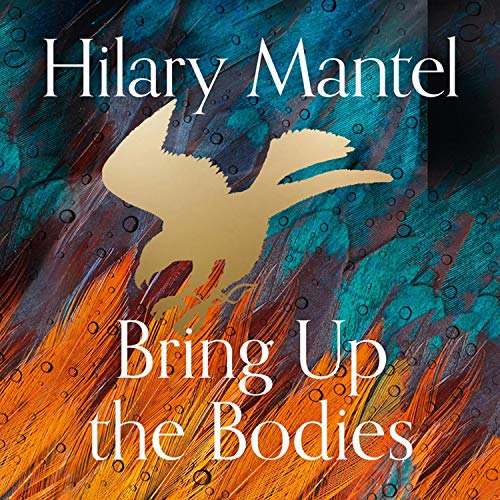 "Simply exceptional...I envy anyone who hasn’t yet read it." (Daily Mail)

"A gripping story of tumbling fury and terror." (Independent on Sunday)

Shortlisted for the 2013 Women’s Prize for Fiction.

With this historic win for Bring Up the Bodies, Hilary Mantel becomes the first British author and the first woman to be awarded two Man Booker Prizes.

By 1535 Thomas Cromwell is Chief Minister to Henry VIII, his fortunes having risen with those of Anne Boleyn, the king’s new wife. But Anne has failed to give the king an heir, and Cromwell watches as Henry falls for plain Jane Seymour. Cromwell must find a solution that will satisfy Henry, safeguard the nation and secure his own career. But neither minister nor king will emerge unscathed from the bloody theatre of Anne’s final days.

An astounding literary accomplishment, Bring Up the Bodies is the story of this most terrifying moment of history, by one of our greatest living novelists.

A wonderful way to tell history. A great story and and an excellent narrator. ✌

Would you listen to Bring Up the Bodies again? Why?

I already listened to it twice back-to-back – the first time I've done that with an Audible book.

What about Julian Rhind Tutt’s performance did you like?

Julian is a terrific narrator, breathing life into the various characters with accents and voices that weren't over the top. The narration has more dynamic range than some, so some of the quieter bits can get lost if you're in a somewhat noisy environment listening on headphones – but this is not a criticism of the narrator.

Would like to have had the book in its unabridged version.

Would you listen to Bring Up the Bodies again? Why?

Yes, over and over again. Hilary Mantell's writing is masterly and is a joy to revisit.

Human faults are timeless, human strengths are timeless. This is a story about both strength and frailty, told with elegance, wit and skill.

What does Julian Rhind Tutt bring to the story that you wouldn’t experience if you just read the book?

The narration is sublime, we are not read to but are listening to the characters dice and duel with each other.

Who was the most memorable character of Bring Up the Bodies and why?

There is only one character and that is Thomas Cromwell.

Listen once, listen twice and maybe more. You will be rewarded!

What made the experience of listening to Bring Up the Bodies the most enjoyable?

Machinations of the King Henry the Eight's court

What other book might you compare Bring Up the Bodies to and why?

The first in the series Wolf Hall akin to the first movement of a symphony, dense and crowded, full of uncompleted narratives. Bring up the bodies is like the slow second movement, narratives that recall the first movement and one main theme, the downfall of Ann Boelyn.
There should be a third movement to compete the symphony.

Could have been more like Simon Vance who was magnificent in Wolf Hall.

If you could take any character from Bring Up the Bodies out to dinner, who would it be and why?

I only bought this title 2 days ago but already I'm struggling; the prose is rather meandering making it hard to follow, but mainly I'm finding the readers voice irritating; soft spoken and languid his voice would be great on a relaxation or meditation tape, but here it just sounds a monotonous drone. Very hard to follow the story; I'll persevere but I'm not holding out much hope...

Totally enthralled by this book!

Loved the narrator and his ability to put across the characters. Wonderful way to learn history.

Splendid display of the perfect use of the English language. I couldn't have loved it more.

The violence, passion, ambition and most particularly the fear rampant in the courtly world of medieval England are given human form in this worthy, blood red sequel to Wolf Hall. Cromwell is still adamantine but without some of, though not all of the more forgiving and sympathetic traits displayed in Wolf Hall. Simon Vance does a terrific job on the narration though he has a particularly high bar to clear following Simon Slater’s masterpiece of Wolf Hall. A terrific audiobook, worth 5 stars of anyone’s review.